A Rotating Tower of London 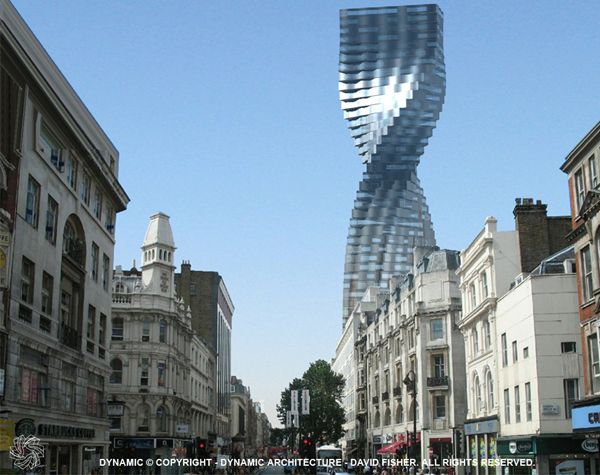 At 80 stories, the structure would teem above this low-rise high street. Dynamic Architecture

Because it’s late afternoon on a Wednesday, here we present a mesmerizing video rendering of what developers hope will be the planet’s first rotating skyscraper, slated for construction in London sometime this year.

Each floor on the 80-story tower will move independently, creating a fluid effect not unlike the background for Windows Media Player circa 2005. The firm behind the project, David Fisher’s Dynamic Architecture, seems set on eventually bringing the concept to four additional cities: Paris, New York, Moscow and Dubai (the original intended site of the prototype, which makes sense because a dancing skyscraper sounds very Dubai-esque).

Anyhow, this is worth a minute and a half of your time: