A Plan to Rebuild Downtown Christchurch, This Time With Sensors – Next City

A Plan to Rebuild Downtown Christchurch, This Time With Sensors 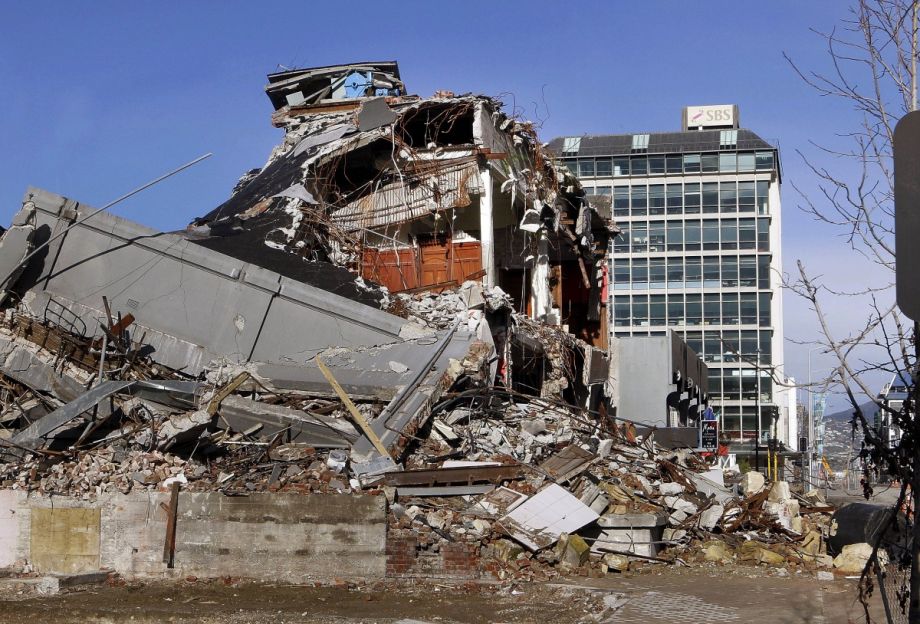 Following an earthquake that destroyed much of downtown, Christchurch is considering rebuilding as a smart city. (Photo by AP / Martin Hunter)

Cities, says self-proclaimed “serendipity architect” Roger Dennis, “are the key to sustainable human habitation, but no one really understands how they work.”

Dennis is the driver behind Sensing City, an initiative that aims to infuse the central business district of Christchurch, New Zealand with “smart city” technology as it is rebuilt following the devastating earthquake of 2011. Dennis believes the rebuild creates a huge opportunity. “It’s like someone picked the central city out of Christchurch,” he says. “No one in the world is rebuilding the heart of a living city from scratch.”

Cities can be very inefficient, Dennis says, but that no longer needs to be the case. In the last few years important technological leaps have occurred, primarily around connectivity. Today, he says, it’s actually harder to be offline than online. And sensors that monitor all types of conditions, from weather to traffic, are increasing in quality and falling in price. Dennis believes that these converging trends will change cities forever. Infusing a city with data-collecting sensors, and building a system that allows the city to respond to that data, can make it more economically and environmentally sustainable, healthier, safer place to live.

For example, he cites the potential of linking GPS data from public transport with weather information and traffic congestion reports to dynamically change the price of parking. If it’s a beautiful day, Dennis says, people could be “encouraged” to walk or take public transport by making it more expensive to park in the city. This way governments could encourage people to use buses and free up parking in the city, especially during large events.

Such efforts, large and small, are popping up all over the world, from sensors that help drivers find parking spaces in Boston to fully integrated smart cities being planned in South Korea and India. And even though the technology has raised concerns for its potential to infringe on privacy, the smart city trend shows no signs of slowing. It’s a trend in which Dennis believes Christchurch should be a leader.

His first effort was convincing legislators that rebuilding Christchurch as a smart city is worth the cost — an estimated $32 billion USD. Almost four years on he has the support of central government ministers and the local council. Both are keen to see Dennis’ ideas become a reality. So far, Sensing City has launched small-scale projects, like a water-quality initiative executed in the United States last year in collaboration with the Massachusetts Institute of Technology. The project aimed to simplify the testing of water quality with personal testing kits that measure levels of potassium, hydride, nitrate and hydrogen that flow through the cities’ rivers. Using a simple testing card that changes color, users can measure pollutants, geotag the results and upload them to the cloud to join a bank of data.

“This is quantum shift,” says Dennis. “People can now do their own measurements in real time and they don’t need permission.”

He has also worked with the Christchurch health board to test inhalers used by asthmatics and sufferers of chronic obstructive pulmonary disease. The inhalers are installed with hardware to measure when and how the patient uses it. That data is then linked up with an air-quality sensor to see if the local environment is causing the attack. If they understand the link, Dennis says, patients can manage their symptoms and avoid trips to the hospital. The savings to the health system, he says, are potentially huge.

However, such projects are small compared to his eventual vision of an entire city monitored by sensors. In five years he sees Christchurch as a city that more effectively runs its expensive assets based on data, with a population that’s more engaged in that process, by helping measure the city themselves.

“We are looking to measure a mix of issues that face cities around the world: air pollution traffic, flooding,” says Dennis. “We want to test it here so others can pick it up and say, ‘We want to do that too.’”