A Plan in Progress for a Bike-Friendly Detroit Metro Area 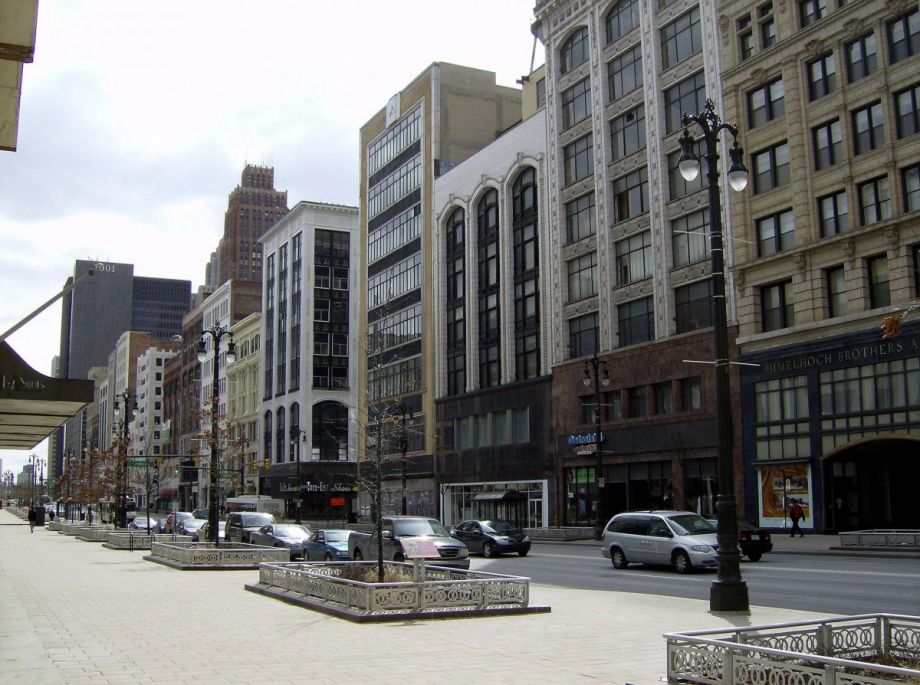 The group making Detroit’s Woodward Avenue more bike and pedestrian friendly has plans to connect Detroit and Pontiac in an even bigger street makeover. According to the Detroit Free Press, the Woodward Avenue Action Association wants to connect the two cities with protected bike lanes and add more crosswalks and other amenities for pedestrians and bikers. As the Free Press reports:

What the association describes as a “Parisian boulevard” is envisioned from McNichols in Detroit, north through Ferndale, Pleasant Ridge, Huntington Woods, Berkley, Royal Oak and Birmingham, to Quarton Road in Bloomfield Township. It would provide lanes for rapid transit buses — assuming they are eventually implemented — in the center lane, and then spreading outward in both directions would be three lanes of traffic, a wide curb for trees or bioswales, a slip road for slower traffic, parking spots and protected bike lanes, or cycle tracks, at the same elevation as the sidewalk.

The city is currently trying to determine if they can eliminate a traffic lane by shutting off one of the existing lanes in the area.

“Basically, were testing a hypothesis that there’s overcapacity (of traffic lanes) out there right now,” Pleasant Ridge City Manager Jim Breuckman told the Free Press. “Complete streets is very important to us. We’re trying to figure out ways that we can implement this in a rational and fair way.”

If it seems manageable from the test program, they could use the extra lane for bike traffic. As per the Free Press:

Breuckman said people have used bicycle lanes when they have been installed in other parts of the country, and that it helps less experienced riders feel comfortable. If it eventually comes to Woodward, he said, “you don’t have to be a guy in Spandex to ride your bike from Detroit to Pontiac.”

Obstacles abound in this plan that would make Motor City less auto-centric. Namely, funding and time. The future of the plan hinges on the Michigan Department of Transportation.