A New Push for Greater State Protections on Florida’s Water 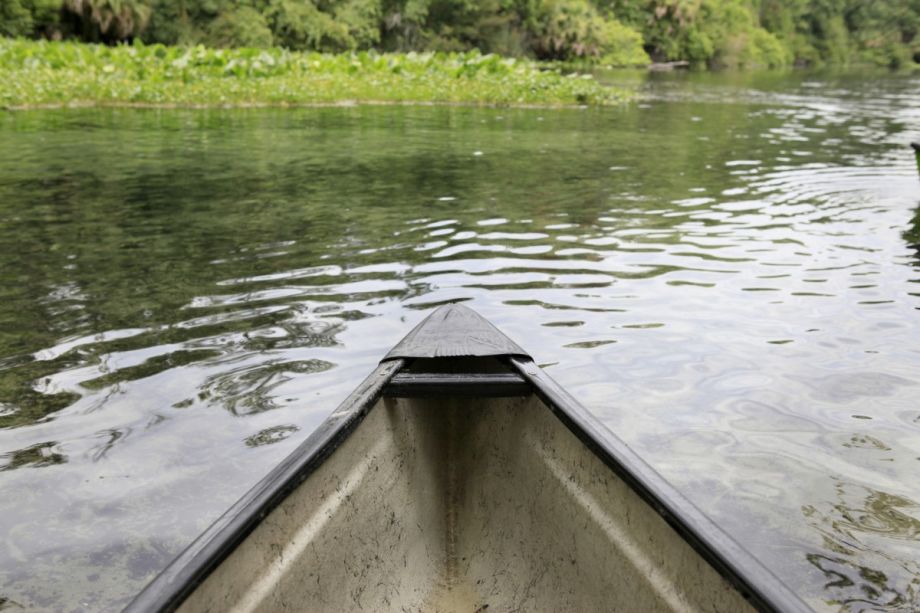 The Florida legislature next month will consider a bill to prevent contamination of the springs. Credit: Julie Fletcher/VISIT FLORIDA

In Florida, the dividing line between land and water is often sketchy. Swamps and marshes cover thousands of square miles. Mangrove forests create a complex world that is half-aqueous, half-terrestrial and always on the move. In places like the Keys, coral reefs and shallow sand flats are an integral part of the environment for humans as well as animals. And from underneath Florida’s flat limestone surface, a profusion of freshwater springs wells up, creating some of the state’s most beautiful natural areas.

But the health and quality of Florida’s springs, groundwater and tidal waters have long been endangered. Water use is skyrocketing, and state aquifers are being pumped at record rates to supply agricultural, industrial and residential uses, creating conditions that can lead to saltwater infiltrating the freshwater table and drying up waterways. Contaminated runoff from sprawl development enters the water system at multiple points. Factory farms dump toxic chemicals, fertilizer and manure. You can see it everywhere, as algae blooms in once-pristine springs and wildlife along the shoreline sickens and dies.

Believing that the state’s waters are at a dangerous tipping point, a new group called Floridians’ Clean Water Declaration Campaign rallied at the state capital in Tallahassee this week, calling on legislators to get serious about protecting the complex and interconnected web of water that suffuses and defines Florida.

The group is founded on the idea that Floridians have a right to clean, abundant water and to know what pollution sources might threaten it. The Clean Water Declaration also enumerates the responsibilities of state citizens, governments and industries to protect water, stop pollution at its source and ensure a safe supply for future generations.

These issues aren’t specific to Florida, of course. In the past couple of months, a chemical spill took out the water supply for 300,000 residents of West Virginia. Nearly 100,000 gallons of coal slurry ended up in another West Virginia creek only a few weeks later. Then a huge coal ash spill contaminated the waters of the Dan River in North Carolina. These events grab headlines, but thousands of smaller spills, as well as constant pollution from agricultural and residential runoff, affect water quality across the nation every day.

The Floridians behind the Clean Water Declaration say that the time has come for their state to clean up its act. At the rally, photographer John Moran, who serves as co-director of the Springs Eternal Project, spoke to the gathered crowd of about 200 and made a call for action, in part by using the type of economic argument that often makes legislators pay attention. His speech was reprinted in the Tampa Bay Times, and here’s some of what he said:

In your conversations with your friends and neighbors and legislators, I encourage you to pose this simple question: What will the value of the Florida brand be when the dirty reality of Florida’s waters eclipses our reputation?

Talk about a game-changer; what do you suppose will happen when our reputation, like our formerly pristine waters, reaches the tipping point and the stench of dead and dying pelicans and manatees and dolphins is exceeded only by the stench of our dying tourism economy?

Dear Florida Legislature: Among the many reasons you should protect our waters, consider this: Water — clean water — is like a good reputation.

When you’ve got it, you don’t even think about it. And when you lose it, it’s the only thing you think about.

Legislators in Tallahassee will have a springs protection bill to consider when they reconvene next month. According to the Tampa Bay Times, the measure — which would allocate $378 million annually to improve sewage and septic tank conditions in areas near the fragile springs — already faces opposition from business groups, including the Florida Fertilizer and Agrichemical Association and the Association of Florida Community Developers.

The fight to clean up Florida’s water has gone on for years, with plans put forward and taken apart on a regular basis. Could a new push from citizens make things different this time around?