A Neighborhood-Level Contrast to “Field of Dreams” Development – Next City

A Neighborhood-Level Contrast to “Field of Dreams” Development 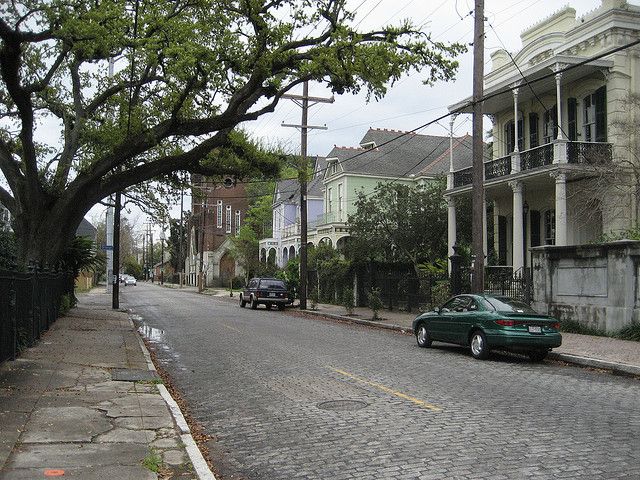 The debate is just one of many recent skirmishes in a growing battle against the public financing of stadiums and the broader narrative that represents them as saviors of urban cores.

Across the political spectrum, opposition to publicly financed stadiums is becoming louder. Conservatives lambast the spending as more evidence of big government unnecessarily throwing around taxpayer dollars, while liberals criticize the subsidies as ineffective economic development tools that benefit wealthy sports franchises more than the public.

But the core philosophy of economic development has stayed the same, even as stadiums have lost their luster. Renewal comes from attractions, and cities are looking to shinier toys such as waterfronts or education and medical facilities, the much ballyhooed “eds and meds.” Indeed, the wider philosophy that enables stadiums to receive public support lives on: Repair cities with flashy new things.

There’ a term for it: “Field of Dreams” development. In other words, “if you build it, they will come.”

Not everyone, however, is working from this script. Grassroots non-profits, like Felicity Street Redevelopment Inc. in New Orleans and Kensington Renewal in Philadelphia, are two of many groups driven by a different idea of how cities grow: Make neighborhoods healthy places to live first, and once the people are there, the market will follow.

Felicity Street has a simple business model. It buys blighted houses, rehabs them and sells to new owners. Its motivations, to maintain historic housing stock by helping preserve neighborhoods, are just as simple. Instead of sitting on the sidelines and waiting big spenders to flock to the latest convention center expansion, Felicity has gone about the business of making its own demand in neighborhoods forgotten by larger development projects in New Orleans.

It’s a slow process and one that doesn’t happen on the scale (or price tag) of a giant development — profits from one sale go toward rehabbing the next property. But Felicity has attracted an interesting coalition. Neighbors pitch in because they hate the presence of blight in their neighborhood. Preservationists bankroll development because they care about historic housing stock. Young families buy houses because they are looking for affordable places to live. As a result, this stretch of Central City, long ignored by the rest of New Orleans, is starting to see signs of life.

Kensington Renewal does the same thing in its corner of Philadelphia, albeit with a slightly different coalition. It acquires properties to rehab and sell, and does a fair bit of PR along the way. That’s the point: Kensington Renewal is convincing people to move into the neighborhood first, by rehabbing both properties and its image. (As a result, the organization has almost twice as many Twitter followers as any other neighborhood in the city). The theory is that the retail will follow.

That new buzz around the neighborhood grows organically, and it isn’t out of reach for anyplace else. By restoring life to blighted houses, these small non-profits are creating demand that goes beyond a nightly influx of suburban sports fans, into the type of small-ticket, new urban communities that draw in single people, families and retirees.

Dr. Stephen Danley is an assistant professor of public policy and administration at RutgersUniversity-Camden. He is a Marshall Scholar and graduate of the University of Oxford. Find him on Twitter @SteveDanley.