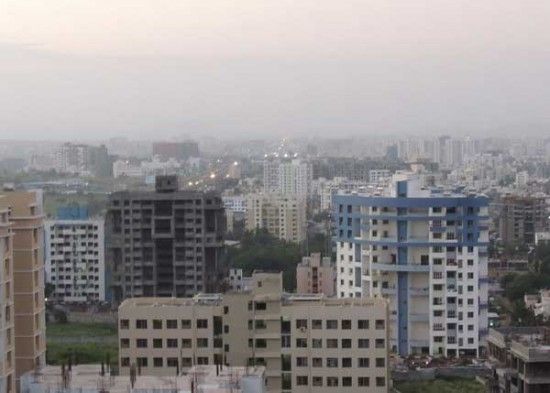 The Delhi-Mumbai Industrial Corridor is expected connect and develop the land between India’s two largest cities, making the metropolises more interdependent than ever before. Photo by Universalashic via Wikimedia Commons

I’ve been spending a lot of time these days stuck in the past—that is, with my nose stuck in books about Mumbai’s past. And, as I’ve written, it’s helped me realize just how many stories the city structure itself has to tell about its present. But it’s also left me wondering what it means for planning the city’s future. How do you plan the future of a city with a relatively unplanned past?

This question does not just apply to Mumbai. It’s being asked all over the world in different forms. There are many cities around the world that have been pushed by unanticipated growth into accidental metropolises—cities that, for one reason or another, have burgeoned at a far greater speed than anticipated and spiraled out of planners’ control. These are the cities that Joan Clos was referring to during his opening speech at September’s World Urban Forum in Italy, when he urgently called on city governments to prepare “planned extensions.”

But when it comes to Mumbai, it’s especially important to take into consideration that it’s not just the growth of Mumbai itself, but also the growth of everything else around it that will influence the city’s future.

I was reminded of this recently in a conversation with Rahul Mehrotra, coauthor of one of the books I’ve had my nose stuck in, “Bombay: The Cities Within,” chair of the department of urban planning and design at Harvard University, and practicing architect and civic leader in Mumbai. He strongly emphasizes the need for a less reactive, and much more regionally oriented vision for the city. “[The current] generation is worrying about how to fix what exists and not speculating about the future. My belief is that you need to do both those things simultaneously,” he told me over the phone from Cambridge, Massachusetts.

“This reactive stuff that the city has been going through for a while, to me it is what I call holding strategy … I think the biggest question for Mumbai right now is going back to what I would call ‘metropolitan imaginations,’” he said.

Mehrotra described the city’s current structure as “a kind of condition of urban involution,” with an internal structure where great density and complexity allow for incredibly efficient productivity, but leave it highly susceptible to malfunction.

“I think a healthy city is where these gestures of involution—which worry about complexity and efficiency—are coupled with gestures of evolution, meaning diversifying into other modes, diversifying into other territories around the city, and creating new networks through technology and mobility, where the region can function more holistically and new serviced land can be opened up,” he said.

This has, of course, been tried to a certain extent once before in the 1960s and ’70s with the development of what is now called Navi (New) Mumbai. But especially in light of the Delhi-Mumbai Industrial Corridor, a $90-billion mega-development project set to connect and develop the land between the country’s two largest cities with unprecedented vigor, it seems ever more imperative that the city look beyond its shoreline and deal with its regional identity.

“I think there’s not enough attention being paid to these regional issues … They have a massive bearing on not only what will happen in Mumbai but who will come to Mumbai,” Mehrotra said. “All the dynamics and ways that the city is linked to its hinterland are going to change quite dramatically in the next decade or two.”

Pulling off a successful regional vision while a) not abandoning a current city’s structure and issues and b) not simply sprawling endlessly out into the hinterlands, is, I think, an immensely difficult and complex task for any city. And of course, how such a vision plays out on the ground is always a different question entirely.

A lot of cities are going through such a re-visioning process at the moment, but I’m interested in learning more about the best examples that have actually been realized. Can you readers recommend any best examples of successful regionally minded development/expansion? Let me know in the comment section below, or feel free to share any other thoughts.