A Freeze on Public-Housing Evictions in Richmond, Virginia – Next City

A Freeze on Public-Housing Evictions in Richmond, Virginia 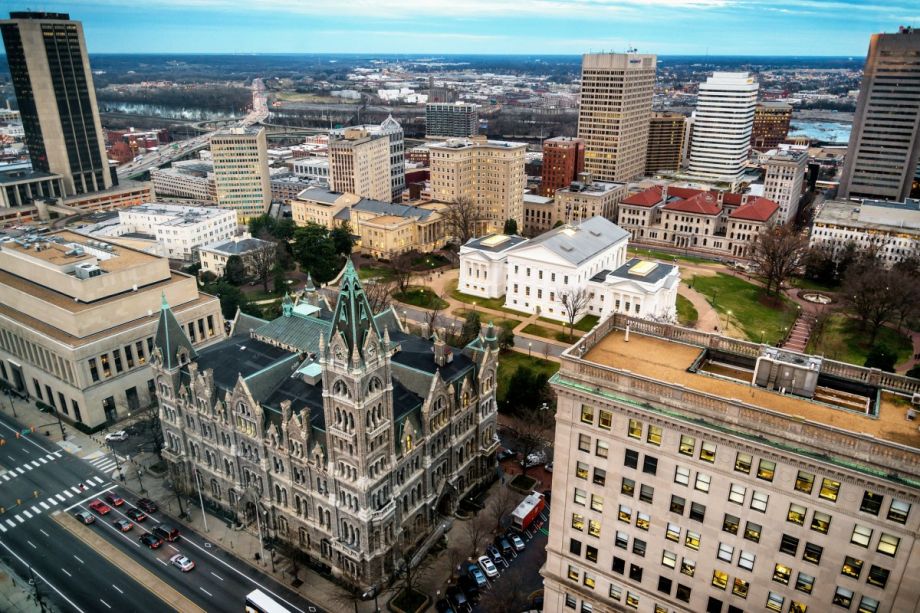 Last July, a group of legal-aid lawyers in the area around Richmond, Virginia, who had joined forces under a grant from Equal Justice Works to form the Virginia Housing Justice Program, held a meeting with the Richmond Redevelopment and Housing Authority, which manages the city’s 4,000 public housing units, on the subject of evictions.

It was a citywide problem. The previous year, data released by the Eviction Lab at Princeton University showed that Richmond had the second-highest rate of eviction in the United States. And the housing authority was doing its share of the evicting, the lawyers noted. Many of the evictions seemed preventable, says Daryl F. Hayott, a housing attorney with Virginia Poverty Law Center. Either the judgments were very small — less than $100 in some cases — or they resulted from the housing authority not properly notifying tenants of their options, or misapplying payments to fees or utility bills instead of to rent first.

“We gave them some comments and suggestions,” Hayott says. “And from that point, we were noticing that the evictions seemed to kind of go up.”

One day in October, Hayott notes, the authority sought to evict 52 tenants from a single housing project called Creighton Court, which caught the attention of local reporters.

“We started looking at how much these people owed, and there would be $25 or $50 there — these really small payments,” Hayott says. “And so we were noticing that trend and that was really alarming to us, and [we thought] with the winter coming up, we can’t have all these people evicted.”

Amid an outcry from housing advocates, community organizers and attorneys, in early November, the Richmond Redevelopment and Housing Authority decided to suspend evictions for the remainder of the year, intending to “undertake an agency-wide evaluation of our public housing families’ rental accounts and give tenants that are in arrears the opportunity to come current,” according to a press release. The authority also said it was going to review its policies and try to develop the “most equitable approach to future lease enforcement.” Authority officials later extended the freeze through the end of January. Advocates and lawyers with the Virginia Housing Justice Program have been meeting with the authority during the interim, and are hoping that the pause will fix some of the technical issues with the housing authority’s evictions, and give tenants a better sense of what their rights are.

“We hope there will be better policies that will result in fewer eviction filings and judgments, and ultimately fewer replacements,” says Martin Wegbreit, the director of litigation at the Central Virginia Legal Aid Society. “The eviction rates in the Richmond Redevelopment and Housing Authority [and the rest of the city] are so high that there’s only one way to go, really, and that’s down.”

State officials have tried to address the high rates of eviction in Virginia cities in the last few years with new laws and funding proposals, as Next City reported recently. In Richmond, the city council has funded a small eviction diversion program which helps tenants pay overdue rents, and Mayor Levar Stoney appointed a task force to study solutions to reducing the number of evictions in November. Wegbreit, who is a member of the task force, says that “there are so many different factors that are driving up the rate of eviction and really no factors that drive down the rate of eviction” in Richmond. The main factors — what Wegbreit calls “the big twelve” — range from a high rate of poverty and lack of affordable housing to laws that favor landlords over tenants, a low minimum wage, gentrification, delayed expansion of Medicaid, a history of segregation, and a low fee for filing an eviction.

“It’s so cheap, quick and easy to file an eviction lawsuit in Virginia that landlords file it as a first resort rather rather than as a last resort,” Wegbreit says.

Some issues are specific to the Richmond Redevelopment and Housing Authority, like a failure to offer tenants payment plans for overdue rent or notify them that they could ask for a hardship exemption, as Wegbreit wrote in an op-ed in November.

In a press release announcing the extension of the eviction freeze, Damon Duncan, the authority’s CEO, said it was “a win-win for all involved.” Duncan only joined the authority last year, and Angela Fountain, the authority’s communications and PR director, says that Duncan has been trying to get “the whole story” about how the authority has been issuing bills and utility charges to tenants. Part of what the authority is doing during the freeze, in addition to meeting with legal-aid lawyers to review its policies, is training all of its employees in how to manage tenants’ bills to make sure they’re not filing evictions unduly, Fountain says.

“We want to give those that may have gotten behind an opportunity to catch up, and then we want to make sure that we are administering our bills and things equitably and the way that we’re supposed to,” Fountain says.

The RRHA did not supply numbers on how many families had been able to avoid eviction because of the freeze. But Fountain said that around $54,000 had been released to families through the city’s eviction diversion program since it began in the fall.

Advocates have also raised concerns that the authority’s evictions are a prelude to emptying out some of the housing complexes altogether, and redeveloping them with fewer units for tenants. Omari Al-Qadaffi, a housing organizer with the Legal Aid Justice Center, says that growing vacancies are a concern for the future of public housing in the city. Vacancy and disrepair have preceded demolition in other notable public-housing cases, he says. Fountain notes that redevelopment is part of the authority’s mission, and at some point, it wants to rebuild all of its housing projects. Maintaining old buildings sometimes makes less sense that building them new, she claims. But she says the authority is not trying to reduce its number of tenants.

“As we move to improve housing, [tenants] will be provided new or rehabilitated homes, period,” Fountain says. “Our mission is not to displace anyone. Our mission is to make their current living situation better.”