A Fine Line Between Action and Rhetoric on Climate Change 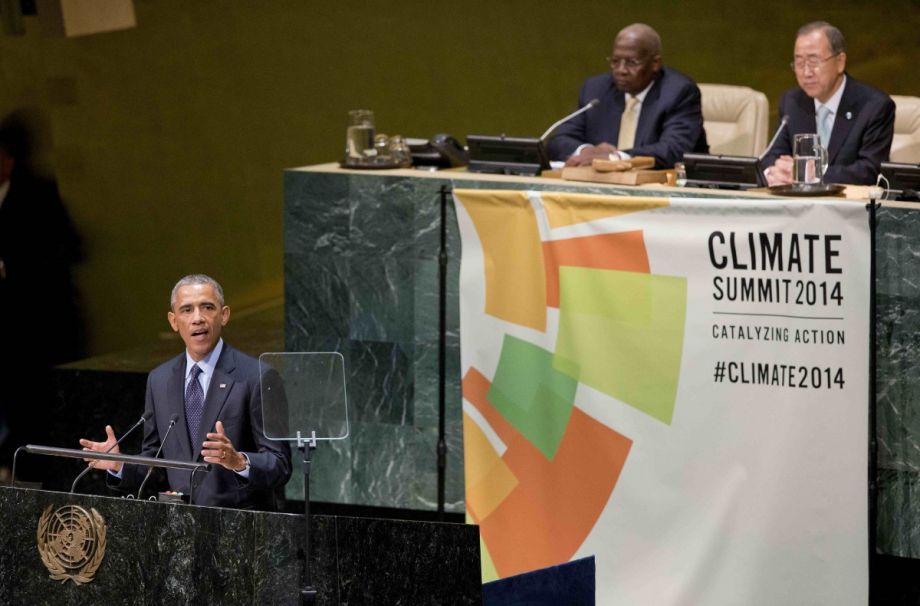 These past few days have seen a flurry of rallies, meetings, confabs and big-ticket speeches to coincide with the United Nations’ climate summit. In New York, 300,000 marched for action. Political leaders from around the world have called for action. And cities are taking action: New York Mayor Bill de Blasio announced last week that his city would decrease its greenhouse gas emissions to 80 percent below 2005 levels by 2050. New York joins a cavalcade of other cities that have taken the same pledge, including Boston, San Francisco, Portland, Chicago and Minneapolis.

The “80 percent” pledge is, by most measures, the most concrete and far-reaching attempt that U.S. cities have ever made to address the problem of climate change — it is truly a meaningful effort. In New York alone, the venture will reduce the city’s emissions by 3.4 million metric tons per year by 2025, equivalent to taking 715,000 cars off the road.

It feels all the more meaningful compared to some of the other efforts surrounding it. On Monday, piggybacking on the climate summit, the mayors of Los Angeles, Houston and Philadelphia made an announcement of their own: The Mayors National Climate Action Agenda, a seven-point initiative that commits the Agenda’s three signers-on to fighting climate change. How exactly the Action Agenda mandates these cities actually fight climate change is worth exploring.

Upon examination, what it mostly seems to commit them to is a future commitment. For instance, the fourth of its seven points says the cities must establish or renew “an existing GHG [greenhouse gases] emissions reduction target for both the near term (i.e., by 2020 or sooner) and long term (e.g., 80% reductions by 2050).” Notice it doesn’t actually commit them to the “80 percent” pledge that New York just made — that’s just an “e.g.” Nor is there any hard deadline for making such a pledge. Toward the end of the document, the mayors say they’ll “work toward November 2015 as the target date” — softball language that hardly suggests grave consequences if they don’t come through.

That’s actually one of the plan’s stronger promises. Point number one is even mushier — it compels the cities to “call for binding emission reductions at the US federal level as well as a global emission reductions agreement.” Same with number two, which promises “engaging in and supporting activities leading up to and during the 2015 negotiations in Paris to support the Obama Administration and other parties to create a global agreement.”

“Calling for” action and “supporting activities” is all well and good. But the wishy-washy linguistics and lack of specifics have the effect of making the whole Action Agenda seem like empty rhetoric. Which is a shame, because these three cities have actually done a lot in the fight against climate change. Houston has reduced its emissions by 37 percent since 2007. Philly has cut its emissions to 10 percent below 1990 levels. And Los Angeles is a global pioneer in carbon-reduction regulations.

What’s more, all three mayors sit on the president’s Task Force on Climate Preparedness and Resilience, and to some degree, this Action Plan is an effort to build on the work they’ve done there. It seeks to create a unified front by getting other mayors to join these three cities’ efforts — one of the Action Agenda’s aims is to “focus on mayor-to-mayor engagement, with the goal of building up the presence and voice of mayors on this critical issue.”

The problem is, the lack of true commitments and deadlines in documents like this can have the effect of obscuring real, meaningful, ongoing efforts. “Establishing base-lines and setting bold, measurable targets are very important. Increasingly in city halls, that which is measured is important, whether we like it or not,” says Brent Toderian, who has witnessed such efforts from both the inside and outside, as Vancouver’s Chief Planner for six years and as the founder of TODERIAN UrbanWORKS consultancy, which he started in 2012. “But target-setting shouldn’t be mistaken for actual action. It’s a way to measure if your actions are successful, so true success is in the action that actually changes things. Knowing what success looks like doesn’t mean you’ll achieve it.”

It’s become fashionable to say that cities are doing what Congress cannot, and since urban areas account for the vast majority of climate change, they’re certainly a good place to start. An 80 percent reduction in emissions by 2050 is a bold and laudable goal. Any “action agenda” that truly puts a city on the path to achieving that would be invaluable.