A ‘Fair Workweek’ Victory for Worker Solidarity in Philadelphia – Next City

A ‘Fair Workweek’ Victory for Worker Solidarity in Philadelphia 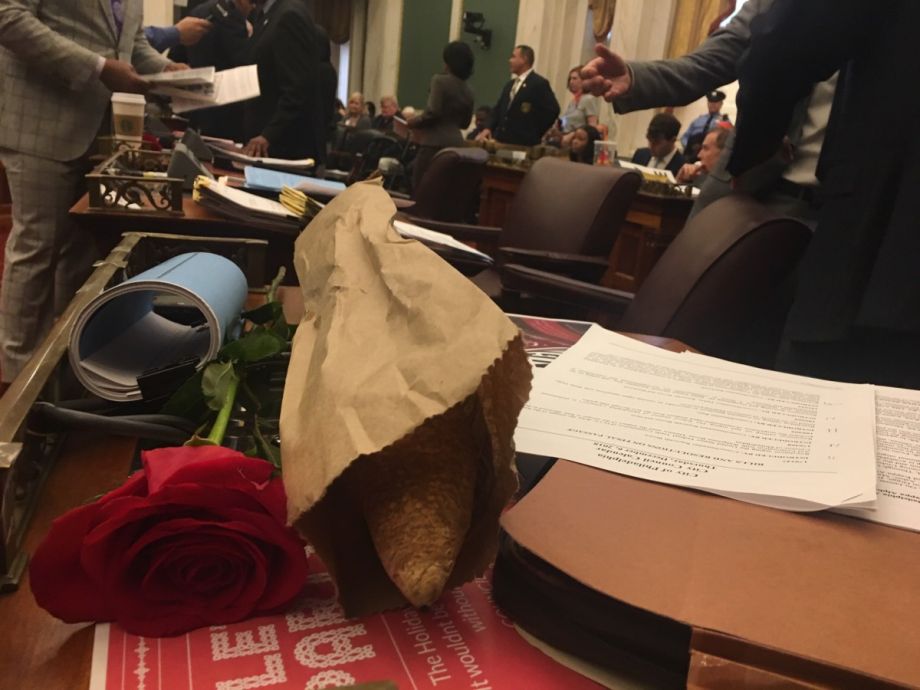 Anyone who has worked a service-industry job has stories about being jerked around by the boss. Vanessa Sanders has plenty of stories from working in hotels for 20 years. Last week, at a press conference with other labor leaders, she recalled one job in particular where a manager needed to call her into work, but couldn’t get her on the phone.

“So what she did was use the emergency contact number that I provided, which is supposed to be used if I have an asthma attack or maybe have a stroke or something on the job,” Sanders said. “She got my mother, and what she did was she told my mother, ‘I’m looking for your daughter. She needs to come to work. You need to get her here.’”

Sanders is an organizer with the Philadelphia restaurant and hotel workers’ union UNITE HERE Local 274. “It was so disrespectful,” she continued. “I was really, really upset about it because she extended the disrespect that she performs on the job to my mother. That made me really upset, because they have this sense of control, that they need to control our lives and control our time.”

Last Thursday, workers in Philadelphia clawed back some measure of control with the passage of “Fair Workweek” legislation in city council. The bill, sponsored by Councilwoman Helen Gym, requires managers to post schedules two weeks in advance, pay workers for shifts that are canceled or changed at the last minute, and offer more hours to part-time employees before hiring outside applicants. The bill passed 14-3, with all of the city council’s Democrats voting in favor and all of the Republicans voting against. Hundreds of advocates packed into the council chambers, and when the votes were tallied, the room erupted into applause.

“We can talk about poverty in this city until we’re blue in the face, or we can do something about it,” Gym said before voting. “Today, we choose to do something.”

Gym introduced the bill in June, adding Philadelphia to the list of cities that have considered some version of the law, as Next City reported. Philadelphia’s law will apply to chain restaurants, hotels, and retailers—businesses with at least 250 employees and 30 locations globally. According to Gym’s office, around 130,000 Philadelphians could benefit from the new regulations. As recently as last week, a lobbying firm working on behalf of business groups was pushing to have the legislation amended to limit some of its provisions, according to email messages reviewed by Next City. But Gym said the final version of the bill included amendments negotiated with businesses and labor unions. And she thanked the coalition of advocates that kept the pressure up in the weeks before the final vote.

The coalition was diverse. It included traditional labor unions, like the AFL-CIO, which hosted a press conference in support of the bill last week before the vote, as well as socialist groups, faith groups, and economists. Not all of the groups that advocated would see direct benefits for their members.

“For us as a union obviously what we want is to make sure that people have just working conditions,” says Steve Newman, a Temple University English professor and president of the Temple Association of University Professionals. “But it’s a particular interest for us because, first of all, a lot of our students are among that 130,000 who fall behind in their work or drop out of Temple entirely because for some reason [managers] can’t give them a dependable schedule. And then also, of course, over half of our bargaining unit are adjuncts and so they feel in their own way what it means to not have a predictable work schedule.”

In addition to Philadelphia, “Fair Workweek” laws have been adopted in New York City, San Francisco, Seattle, San Jose, the small city of Emeryville in California, and the state of Oregon. The laws applied to some 740,000 retail and fast food workers across the United States even without Philadelphia’s legislation, according to a report from the Economic Policy Institute that Next City reported on in July. Philadelphia Mayor Jim Kenney appeared with labor leaders at the AFL-CIO press conference last week and said he would sign the bill.

In a speech before the vote, Gym said the legislation was “a floor, not a ceiling.” She and other advocates hope the fair workweek trend continues to grow around the country. And they hope that the coalition that brought it forth in Philadelphia will win more progressive victories in the years to come.

“All people who labor have to stand together for what’s right,” Newman says. “The signal that it sends is that workers deserve dignity. Workers deserve justice. It doesn’t matter if they’re working at a Macy’s or at a hotel or in a kitchen or at a university. There are differences in that work, of course, but all workers should have dignity and justice afforded to them. You shouldn’t have to ask for those things. They should just be there.”

EDITOR’S NOTE: An earlier version of this article reported an incorrect figure for the estimated number of U.S. workers affected by fair workweek legislation. We’ve corrected the error.