A Condo Is Forever — Except When It’s Not – Next City

A Condo Is Forever — Except When It’s Not 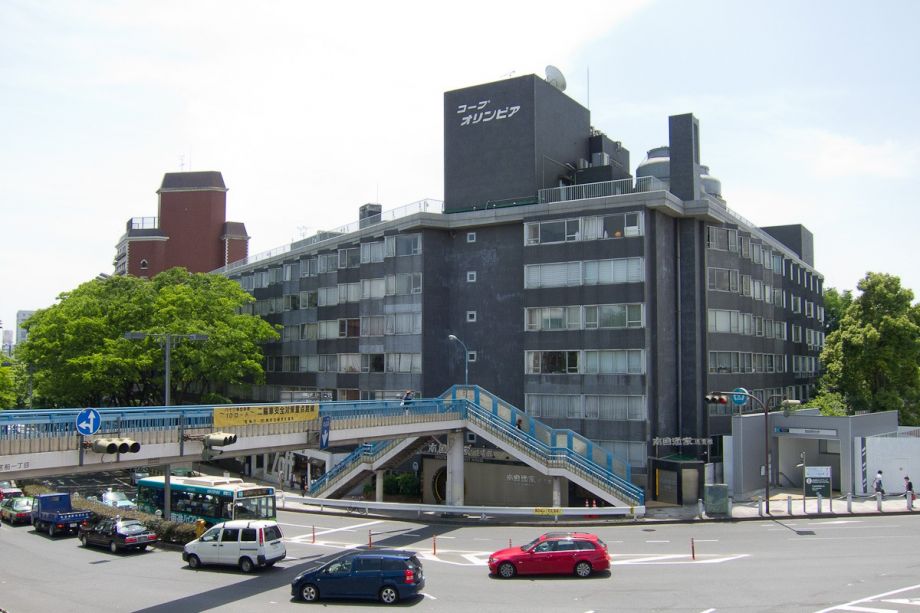 Coop Olympia in Tokyo, which has seen redevelopment attempts shot down by the building’s retail space owners. Credit: Rs1421 on Wikipedia

When you purchase an apartment in a condominium building or, in places like New York where they’re common, a cooperative apartment, you generally have certain expectations of permanency. While a landlord can clear out a rental building at any time, assuming there are no complicating rent control regulations, a condo is yours forever.

The rules vary on how a condo building can be redeveloped, but in practice it’s rare to see one leveled completely. In Washington, D.C., residents of a public housing authority complex have been stymied in their attempts to cash out on rising land values by a lack of unanimity about the sale to a developer. In New York City, according to Eva Talel, a partner and land use law expert at Stroock & Stroock & Lavan LLP, 80 percent of condo owners can technically agree to a sale despite resistance by the remaining minority. In practice, though, Talel has never heard of this happening. A Chicago developer has acquired the rights to 30 units in a Lincoln Park condo building it wants to demolish, but such a move does not appear to be common.

Whether it’s because of strict land use rules or the relative unpopularity of urban living, or perhaps simply because of the young age of most condos (federal legislation only established the condo form of ownership in 1961), the U.S. hasn’t had to deal much with the thorny ownership issues of non-rental multifamily buildings. In other countries, though, the problem is more pressing. The question of what to do with old condos — how do you redevelop a building when so many people have stakes that unanimity is virtually impossible to achieve? — has taken on more importance in East Asia especially, where there are few truly historic buildings and a widespread desire for new apartments.

Singapore was the first country to tackle the issue in a comprehensive way with its so-called “en bloc” apartment sales. Despite its free-market bonafides, Singapore’s housing market is almost completely socialized, with the government encouraging homeownership through its mandatory savings funds and public housing agency, the Housing and Development Board. More than four-fifths of all Singaporeans live in HDB projects, and because of the island’s high density nearly all of these units are apartments within a tower.

While Singapore has traditionally sprawled outward through the construction of rail-oriented “new towns,” growth has increasingly taken the form of densification of existing areas. This requires the demolition of older structures, many of which contain hundreds of individually owned HDB flats. To ease the process, the government in 1994 established a process called en bloc sales: With the consent of 90 percent of condo owners (since reduced to 80 percent), buildings can be sold in their entirety without engaging in costly and time-consuming negotiations with holdouts. (The practice even sparked a short-lived TV series chronicling the ensuing drama when buildings are considered for en bloc sales.)

Now Japan is getting in on the act. In order to spur redevelopment of structures built before the earthquake-proof building code of 1981 — around one-fifth of the country’s 5.9 million apartments are in so-called kyu-taishin buildings — the government has allowed redevelopment of these structures if 80 percent of occupants agree to the process and if all current residents can be accommodated in the new building. But barely any buildings with owner-occupied apartments took advantage of the law. Only 218 buildings nationwide have been redeveloped or are in the process.

The slow uptake has partly been due to the fact that the 80 percent threshold only matters if all occupants will be housed in the new building. Furthermore, many buildings cannot expand beyond their current size according to zoning laws, making redevelopment unprofitable. Reportedly, only 2 percent of the pre-1981 apartments can be redeveloped under these conditions.

But the national government’s Cabinet has passed a law that seeks to ease both of these problems. Land can now be sold (rather than a structure simply rebuilt) under the same 80 percent threshold, and the total floor space index allowed by the zoning code can be increased to make redevelopment profitable.

There have also been calls to reduce the proportion of apartment owners who must agree to a sale for the sake of redevelopment (as opposed to an outright land sale) from 80 percent to two-thirds, but it doesn’t appear that measure has passed.

Singapore and Japan aren’t the only countries grappling with these issues. Israel allows redevelopment of older structures — pinui binui, it’s called, where the old occupants are guaranteed a new apartment with a 75 percent consent threshold. Canada is also dealing with end-of-life decisions for its postwar condo buildings. It’s only a matter of time before cities across the U.S. will have to face the problem as well.