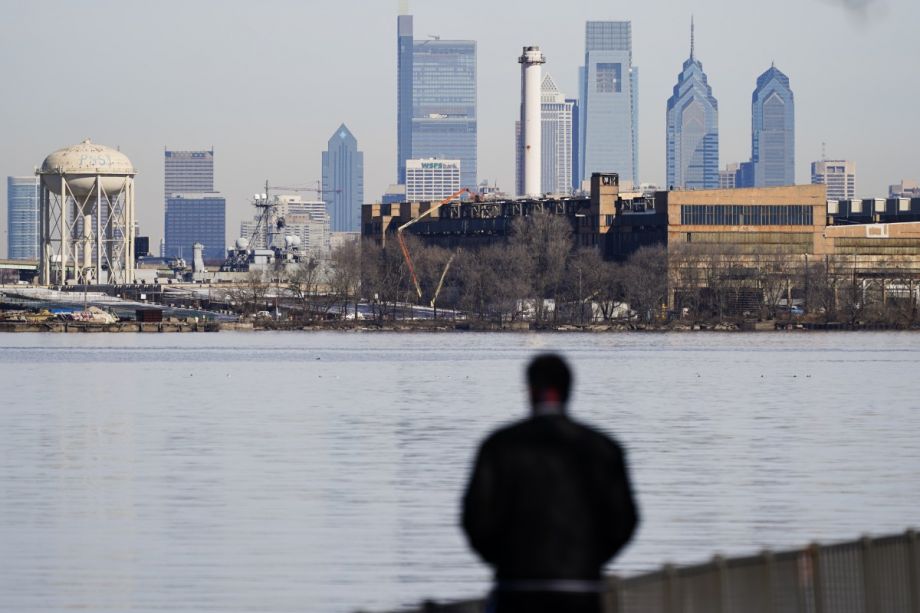 When the Merchants Fund began assisting retired small-business owners who were down on their luck in mid-19th-century Philadelphia, the safety nets of Social Security, health insurance, and pensions hadn’t yet been invented.

There weren’t any mom-and-pop yoga studios, mobile pet salons, or video production facilities doing business in Philadelphia back then, either. But like the economy and the city, the Fund’s mission has evolved since 1854. It now primarily aims to provide grants to small firms like those mentioned above. Many are owned by people of color, immigrants, or women and can be found in neighborhoods and commercial corridors across Philadelphia.

Case in point: The Merchants Fund made a grant for interior renovations to store owner Shani Newton, whose Dolly’s Boutique & Consignment is an anchor of the Germantown Avenue shopping district in Mount Airy.

“I was able to hire another minority business to do the work,” Newton said. “It changed the look of my store and changed the entire face of my business. It has helped me have an impact on my community.”

During the Fund’s 167 years, the often-tenuous financial condition of many sole proprietorships, mom-and-pops, and other small firms has been a constant. Such businesses can be acutely vulnerable to ordinary reversals of fortune — or to an unprecedented disaster, such as the COVID-19 pandemic. And owners are often unfamiliar with public and private services that might be useful, or crucial, to their survival.

“Running a small business can be challenging and exhausting even in a strong economy,” said Jill C. Fink, the Fund’s executive director and one of its two employees. “When you put the pandemic on top of it all, it’s not an overstatement to say it’s an existential threat,” she said. “Small businesses, especially very small businesses, often don’t want a zero-percent interest loan because the reality is they don’t want to take on any more debt. They need a grant.

“Now, with the pandemic, there’s more uncertainty,” she added. “None of us has been through this before and everybody is trying to figure it out.”

Like pretty much every charity, her organization has had to pivot quickly.

The Fund provided 67 COVID-19 relief grants totaling $307,000 to small Philly businesses last year as many struggled to qualify for, or access, the federal emergency Paycheck Protection Program. “Historically, we’d never fund-raised, but this year I put a [payment link] on our website that brought in $35,000,” Fink said. “That was seven more COVID-19 relief grants.”

After stores along 52nd Street in West Philly and in several other city shopping districts were looted during some of the protests that followed the May 25 police killing of George Floyd, the Fund and several of its donors partnered with Philadelphia’s Department of Commerce for the Restore and Reopen program, which quickly made a total of $1.6 million available to 186 companies — most of them retail establishments owned by immigrants and people of color — that had been damaged.

“The primary purpose was for owners to be able to make repairs [or do other work] that insurance wouldn’t cover,” said Libby Peters, the Commerce Department’s deputy director for operations strategy.

“The Merchants Fund is a well-respected part of the ecosystem in these commercial corridors,” she said. “They leveraged the relationships they have there [so] we could get to businesses that can be harder to reach.”

A similar desire to connect with those most in need was behind the Fund’s 2007 decision to refocus its grant-making on existing businesses, said chairman Bruce Hotaling. He joined the board of directors in 1996 when it was mainly composed of older white men.

“The organization was born from a different Philadelphia,” Hotaling said. “Now we have a board of directors that looks like Philadelphia, with Black and brown people, women, and immigrants. This is really making a difference.”

The bankers, civic leaders, and clergy who established and endowed the Fund in 1854 initially envisioned it as way to create a residential facility for impoverished elderly or disabled small business owners. But the founders instead decided to provide a monthly stipend to recipients in their own homes. And a grant was meant to be not only an act of charity, but an expression of community gratitude for the hard work of the recipients.

That figure does not include $1.9 million worth of stipends paid to retired merchants since 2007; after deciding to support active businesses rather than retirees, the Fund stopped taking new applications. Only eight of the beneficiaries in 2007 are still alive, including an 85-year-old former real estate professional whose late-career bankruptcy left him in desperate straits.

“I’ve been with the Merchants Fund about 15 years and it has been a lifesaving relationship,” said the man, who asked that his name and other details not be published, in order to protect his privacy.

“I was pretty much down because of the bankruptcy, and when they told me I was accepted I said, ‘Oh wow, thank-you very much.’ They gave me the feeling there was a future,” he said. “The money has allowed me to get a haircut every month and take my clothes to the cleaners and eat at a restaurant maybe once a month. They gave me a little hope.”

Current merchants who have gotten assistance are grateful, too, like Young Cho, owner of Flaming Basil, whose food truck specializes in Laotian and Thai cuisine. “There’s not a lot of people out there that [are] willing to give the little guy help,” he said in an email, “so when this blessing came to us from Merchants Fund we were so thankful and grateful.”

52nd Street in West Philly, shown in this photo from 2014, was one of the regions that benefited from the Restore and Reopen program, a partnership between the city and the Merchants Fund. (Photo by Jukie Bot / CC BY-NC 2.0)

Cho and his spouse and business partner, Kathy Xayamoungkhoun, have five children and were “on the end of our rope with bills” when the Fund stepped in. “What we are learning from this experience is that we are truly not alone in this fight,” he said.

Immigrant-owned small businesses account for much of the new vitality in neighborhood commercial corridors in Philadelphia and other cities, said Fund board member Peter Gonzales. He also is CEO of the Welcoming Center, which serves the needs of immigrant communities.

Fink said the Fund continues to adapt, not only to the pandemic but to the changing needs of businesses as well.

“Owning property is crucial to business longevity, and is fundamental to creating wealth that can be passed on,” she said.

The Fund helped Shani Newton buy the building that houses her Dolly’s Boutique on Germantown Avenue and is working with two Black female business partners in Kensington to help them purchase the property they rent.

“This is one of the new ways we think about our work as an organization,” said Fink. “How can we make grants that can fundamentally shift the trajectory of a small-business owner’s life?”

She added: “Systems of oppression were built with intention. We need to be just as intentional about dismantling them.”

This story was originally published in the Philadelphia Inquirer. It appears here as part of the SoJo Exchange from the Solutions Journalism Network, a nonprofit organization dedicated to rigorous reporting about responses to social problems.