7 Podcasts Urbanists Should Be Listening to Now – Next City

7 Podcasts Urbanists Should Be Listening to Now 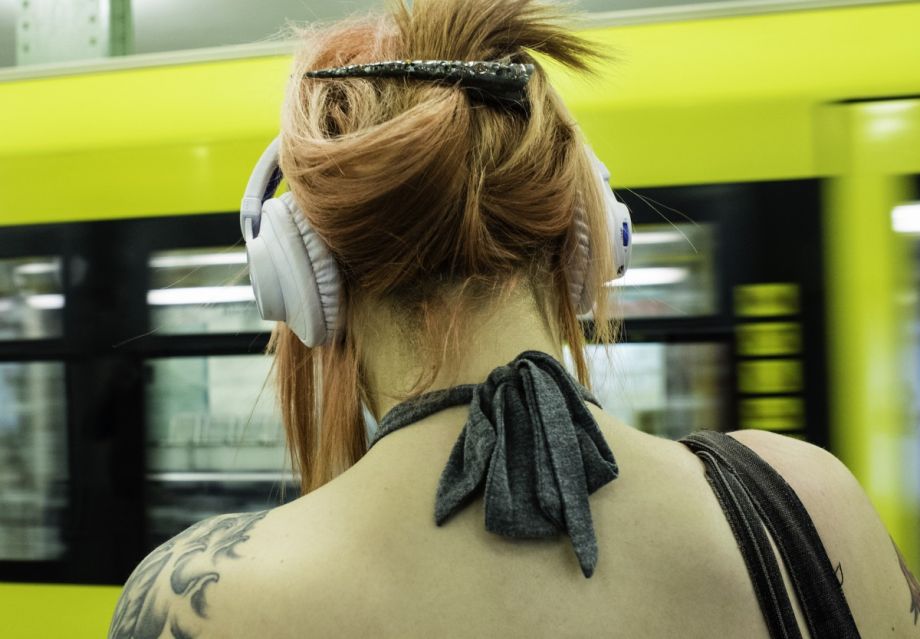 Podcasts, my editor wrote to me this week, are like “New Yorker” magazines: New ones are always piling up before you have a chance to appreciate the last one. As they’ve emerged over the past few years as a go-to medium for longform storytelling, unexpected takes on current events, and casual conversations among experts, celebrities, and besties, it seems there’s never enough time to listen to them all.

So I’ve rounded up a list, in no particular order, of the seven podcasts urbanists should be listening to right now, focusing not only on design and planning, but also on the economic systems that undergird our cities. I hope you’ve got a lot of time on your hands.

The Uncertain Hour, from Marketplace
An immersive documentary look at America’s welfare system 20 years after Bill Clinton promised to “end welfare as we know it,” The Uncertain Hour was my favorite podcast of 2016.

Produced by Marketplace’s Wealth and Poverty Desk and hosted by Krissy Clark, the show dives into the decisions that brought us the Temporary Assistance for Needy Families block grant program and how it might have been otherwise. In one episode sure to leave your jaw on the floor, Clark asks, “Where do your welfare dollars actually go?” and finds in some states, more is spent on marriage counseling and college scholarships for the upper middle class than on cash assistance for families in poverty.

Listen to the whole season, though. The first episode, about a bureaucrat who creates a welfare mixtape, is a bizarro hoot.

Placemakers, from Slate
Placemakers, hosted by Rebecca Sheir, focuses each 30-minute episode on one project, one person or one city. In its first 18 episodes, the show has taken on some classic urbanist topics — fighting blight, reforming the suburbs, designing walkable places — but often with a thought-provoking twist. The most recent episode, for example, asks why a dense, mixed-use community developed according to New Urbanism best practices also feels, well, pretty creepy.

Another episode of interest to Next City readers: The Warrior on the Hill, which focuses on Eleanor Holmes Norton, D.C.’s nonvoting delegate in the House of Representatives, and her fight to increase the district’s political representation.

99 Percent Invisible, from Radiotopia
99 Percent Invisible is the classic design-centric podcast. Host Roman Mars and a slate of excellent producers do a great job of conveying design concepts without being able to resort to visuals — no small feat.

With shows on everything from the history of credit cards to the future of nuclear waste storage, this podcast takes on a wide range of design topics, many of which touch on urban life. The show’s website also offers up transcripts of episodes and a vast trove of (predictably well-designed) articles on places and stories not featured on the podcast — visuals included. Users can browse by topics including infrastructure, architecture and cities.

Some notable episodes in these categories: The Plat of Zion, which explores Salt Lake City’s urban grid and its relationship to Temple Square (which is owned by The Church of Jesus Christ of Latter-day Saints); Unpleasant Design and Hostile Urban Architecture, which takes aim at public projects meant to discourage public use; and Guerilla Public Service, which tells the story of a man who felt so strongly about a mistake on a Bay Area highway sign that he corrected it himself.

The Urbanist and Tall Stories, from Monocle 24
The Urbanist, a 30-minute show centered around a theme or topic, and Tall Stories, 5-minute minisodes that each explore “one building, one statue or one park bench that reveals something about our cities,” both take a notably more global approach than many other city-focused shows.

The most recent episode of the Urbanist, for example, spans the globe to look at unsightly architecture, from Belgrade’s attempts to retain architectural integrity after years of attacks, to a Spanish city’s mushroom sculptures to Paris’ divisive Centre Pompidou. The U.S. crops up from time to time too. This week’s Tall Stories: what changes President Donald Trump might make to the White House.

Planet Money, from NPR
While not a strictly urban show, Planet Money does a better job than most of explaining the economy. Their tagline: “Imagine you could call up a friend and say, ‘Meet me at the bar and tell me what’s going on with the economy.’ Now imagine that’s actually a fun evening. That’s what we’re going for at Planet Money.”

And it works. One episode asks why the housing voucher program is a lottery — and such an underfunded one — when SNAP and other welfare programs are not. Another shines a light on the battle between states to lure jobs using corporate subsidies. The episode homes in on Kansas City, which sits in both Missouri and Kansas; companies have been offered millions in tax breaks to move just a few blocks down the road.

Third Wave Urbanism
If conversational podcasts are more your style, Third Wave Urbanism is less slickly produced than the others on this list but has a casual, intimate feel more in the vein of the popular Call Your Girlfriend podcast. Urbanists Kristen Jeffers and Katrina Johnston-Zimmerman chat about what they call “the new normal of human-scale cities in today’s globalized world.”

The shows can be a little rambling. A conversation about suburban malls versus urban main streets veers into a discussion of the hosts’ own teenage years in malls, and the pilot about Pokemon Go and public space includes some early video game nostalgia. But, as both hosts come from an anthropology background, the show always circles back to its promise to discuss urbanism from a human perspective. It’s good to remember that’s what it’s ultimately about.

Candidate Confessional
Another not-strictly-urban podcast, Candidate Confessional has a conceit so simple and so smart I can’t believe I haven’t seen it before. In each episode, Sam Stein and Jason Cherkis talk to people who ran for political office and lost. Or as they put it, “the only podcast that actually celebrates people who tried to achieve power and failed.”

Many shows focus on presidential, gubernatorial and senate might-have-beens, but Next City readers might get a kick out of the episode “How the Hell Do You Lose to Rob Ford?” The hosts interview Andray Domise, who lost a council race to Ford, a notorious former mayor of Toronto, and in the process talk about the difference between Canadian and American politics and whether smear campaigns actually work.