5 Cities That Will Benefit From Climate Change – Next City

5 Cities That Will Benefit From Climate Change 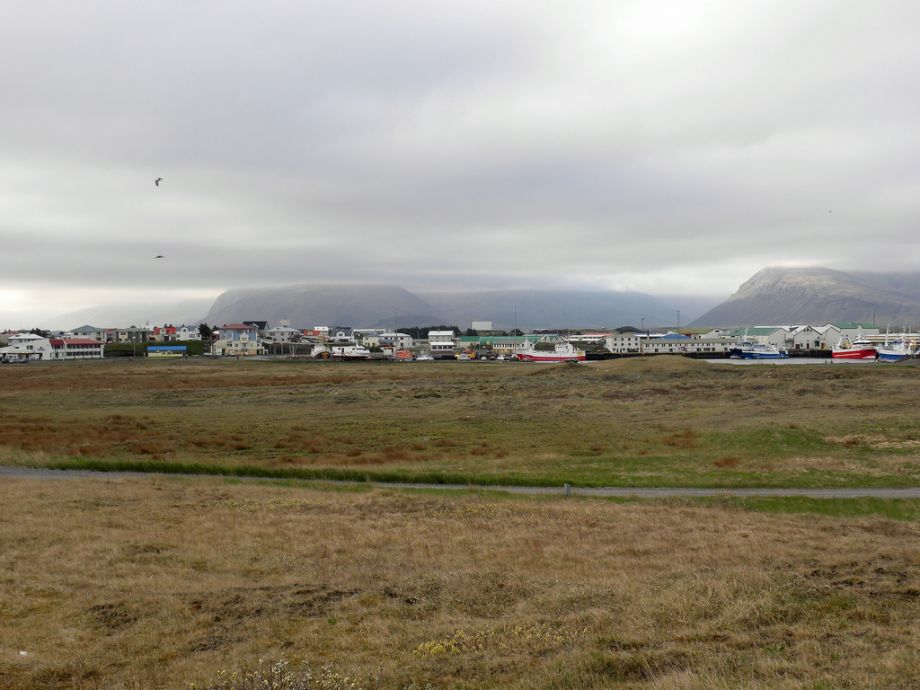 Hofn, Iceland is a city where sea levels are falling, not rising, thanks to climate change. (Photo by JasonParis via Flickr)

For residents of most cities, from parched Los Angeles to sopping-wet Manila, climate change is something to dread. But for a handful of select places, a warming earth could prove a temporary boon. From new shipping routes melting open in the Arctic to retreating permafrost exposing fresh farmland, the coming changes will benefit a lucky few cities. Here are five of those cities.

Nestled at the base of a large glacier in southeastern Iceland, Hofn has been losing residents for years. The small town’s dual economic engines of fishing and tourism aren’t enough to maintain its population, and the move of townspeople to the Icelandic capital of Reykjavik has grown since the mid 1990s. Yet as the impacts of climate change on the region intensify, that could change.

Unlike many coastal countries across the globe, Iceland is experiencing falling sea levels. As arctic glaciers begin to melt at faster rates, they’re putting less pressure on the earth’s crust, causing land in those northern areas to rise. “What happens when the glaciers retreat and get thinner is that the pressure is eased and the earth lifts up… The southeast coast [of Iceland] is rising fast,” said Halldór Bjornsson, head of climate research at the Icelandic Met Office.

Rising land levels aren’t the only shifts climate change is bringing to Hofn. Melting ice along the Northwest Passage – the sea route through the Arctic connecting the Atlantic and Pacific Oceans – could mean big things for the town’s harbor. As commercial traffic increases across the passage, Hofn stands to become a growing city rather than a shrinking one.

The capital city of Greenland, Nuuk sits just below the Arctic Circle. At those high latitudes, the effects of climate change are obvious – residents already talk of the years “back when it was cold.” A science station in Greenland’s interior recorded a spectacular rise of almost 11 degrees Fahrenheit from 1991 to 2003. Yet many residents see the warming temperatures as a positive.

With climate change melting Greenland’s massive glaciers, Nuuk stands at the edge of real economic gain. Land exposed by the retreating ice is opening up uranium, gold and aluminum mining opportunities, and offshore oil exploration is growing. Greenland’s fisheries are likewise getting a boost from climate change. Less ice means boats can fish closer to shore year round, while changes in ocean temperatures have drawn new fish species further north into Greenland’s waters. Some halibut and cod have even increased in size, adding commercial value to fish catches.

A warming climate also means a longer growing season. Farmers in Nuuk, a mere 185 miles from the Arctic Circle, are now harvesting crops never before possible, like potatoes, radishes and broccoli. But for Greenland, the biggest transformation wrought by warming temperatures may be political. Currently a self-governing territory of Denmark, Greenland has put off full independence because of limited financial resources – it’s hard to reap much economic profit from a landscape covered in ice. Yet as Greenland’s enormous glaciers begin to melt, the vitality of its natural resources hints at a robust economic, and perhaps political independence in the near future.

The self-proclaimed “Polar Bear Capital of the World,” Churchill stands to profit from climate change. A barren outpost positioned between the edge of boreal forest to the south, the Arctic tundra to the northwest and the Hudson Bay to the north, the town has struggled to survive. Its 1,100 residents get by on the money spent by 15,000 or so tourists who come each year to see the polar bears. By the 1990s, Churchill’s land was considered so undesirable that OmniTrax, the U.S. freight company, bought the city’s port from the Canadian government for seven dollars. According to Jeff McEachern of the Churchill Gateway, which runs the port on behalf of the federal government and OmniTrax, all of that could soon change.

Though it’s a small town, Churchill is connected to the North American rail system, making it a key stopping point for cargo ships coming through the Hudson Bay. Those ships unload their goods to be carried southward via train. Assuming arctic ice continues to melt, this shipping traffic will eventually increase dramatically, flooding Churchill’s port with barges carrying everything from computer chips to t-shirts, and replacing the town’s dependency on seasonal tourism with a thriving import-export economy.

The word Siberia conjures images of endless white tundra and freezing, dark winters. With the onslaught of climate change, those images could soon become visions of fertile farmland. As the U.S. National Intelligence Council noted in 2008, Russia “has the potential to gain the most from increasingly temperate weather.”

Much of that gain will come from boosts to the agricultural and mining sectors. Yakutsk, the capital city of the Sakha Republic in Russia, is already a major supplier of diamonds, and has large reserves of gold and other minerals. According to a recent article by Serge Korepin, the retreat of the Siberian permafrost zone spells an even greater boom for mineral resource extraction. By 2050, permafrost could retreat by more than 100 miles, exposing previously inaccessible land to exploration and extraction.

Billed as the official home of Santa Claus, Rovaniemi sits at the edge of the Arctic Circle. The capital and commercial center of Lapland, Finland’s northernmost province, Rovaniemi has all the rolling hills and rivers characteristic of the Finnish countryside.

At present, agriculture, forestry and fishing account for 2.7 percent of Finland’s GDP. Changes in temperature and the growing season could alter that dramatically. As limits of cultivation move northwards, agricultural production could spread and intensify in newly fertile areas. According to two 2010 studies published in Forest Ecology and Management, forestry cultivation could increase by as much as 10 to 15 percent in the south and 25 to 30 percent in the north of the country.

The benefits these northern cities are set to reap are similar: increased agricultural productivity, expanded opportunities for mineral extraction, rising viability of full-time shipping traffic along the Northwest Passage. Economic resources and well-positioned real estate will make all the difference in our more rapidly changing world. Yet there’s still no way to know for sure what effects climate change will have. Despite the best efforts of scientists and policy makers, we can’t confidently predict the patterns and movements of the coming shift. Because of that uncertainty, it’s increasingly apparent that the real winners in our climate-changed world will be those cities and societies that are most adaptable.