5 Beautiful Books That Belong on Every Urbanist’s Coffee Table 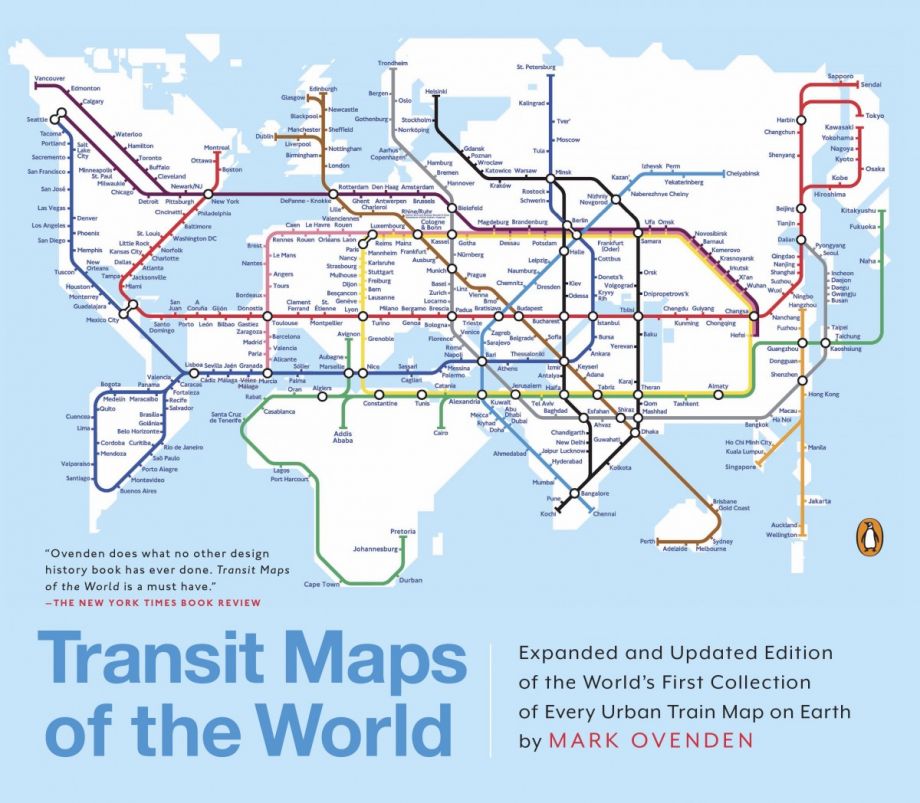 Transit Maps of the World by Mark Ovendon tells the fascinating stories of transit systems that collided with history.

These are the kind of books that aren’t meant to be read straight through, but rather, paged through luxuriously over many years. They are gorgeous enough to grace a coffee table and substantive enough to ignite conversation. Presented on a spacious wide format, these books brim with inviting curiosities that aren’t paralleled anywhere else. They make a perfect gift, not least of all to yourself.

Catch up on my picks for the best urbanist fiction, young adult reads, children’s books and nonfiction must-reads for lovers of cities.

Transit Maps of the World by Mark Ovendon
Such a simple and fun idea: Transit Maps of the World bills itself as “the first and only comprehensive collection of historical and current maps of every rapid-transit system on earth.” That includes subway, light-rail and streetcar systems. There are diagrams, listings and photographs too, and about 250 beautifully presented maps in the 2015 updated edition, featuring cities like Beijing, Los Angeles and Toulouse, France. The evolving design of transit maps are itself a conversation starter — from Mexico City’s colorful pictograms to Tokyo’s mind-boggling geometric lines — let alone the differing cultures of transit in world cities. That includes interesting shifts in the people-moving approaches of very large cities like New York, medium-size cities like Munich and smaller cities like Nizhny Novgorod in Russia. Ovendon also tells the fascinating stories of transit systems that collided with history, like the “ghost stations” created by the Berlin Wall. Altogether, there’s an all-ages appeal in this book: The professional transit administrator will find as much to delight over as a curious kid.

The Works: Anatomy of a City by Kate Ascher
This is a playful cartographic exploration into how cities work, one that elegantly suggests that curiosity is always our truest guide. The Works fuses text and graphics to depict how water gets into our faucets, why radiators clang, what’s down a manhole, how street sweepers work, where subway cars go when they are retired and how traffic lights are timed. This is a book that finds the majesty in infrastructure, and the miracle in the technology of our daily lived experience. 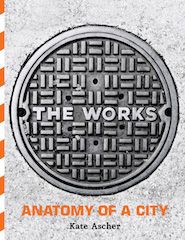 Happily, the book recognizes that cities aren’t independent machines; they are powered by people, and, with a focus on New York City, Ascher gives a nod to the human work it takes to make a place go. There’s also no small number of funny and fascinating anecdotes spread throughout the text, begging you to tap a friend on the shoulder with a litany of “did-you-knows.” Like, did you know that there is a 27-mile underground pneumatic tube that used to shoot mail canisters underneath Manhattan, with up to 500 letters in them, traveling at up to 30 miles an hour? Did you know that NYC uses more than a billion gallons of water every day?

Vivian Maier: A Photographer Found by John Maloof; photographs by Vivian Maier
By now, you’ve probably heard this one. Vivian Maier was a nanny who quietly moonlighted as a street photographer. She shot more than 100,000 piercing images, but she lived a private life and she didn’t share her work with anyone. In 2007, two years before Maier’s death, a historic preservationist in Chicago named John Maloof discovered a huge trove of her negatives and undeveloped film in a storage locker he bought at auction. He found her work to be a splendid depiction of day-to-day street life from the 1950s through the 1970s in New York City, Chicago and other cities.

Maier had a brilliant eye that cut through the crowds to showcase the pulsing humanity in each individual. She had a genius for seeing the “stage” of the urban landscape — its crisscrossing lines, its soft and hard textures. And she wasn’t to be reduced to mere booster: Maier’s lens found not only the joy in city life, but also its disturbing moments of alienation and violence, and often, their unnerving juxtaposition. This monograph is the most comprehensive collection of the photographer’s work — about 250 photographs in black and white and color — and it comes with supplementary interviews and other material about Maier’s life and talent.

Atlas of Cities edited by Paul Knox
“Ours is a world of cities.” This book starts from the premise that cities are “humanity’s greatest invention,” and then showcases the 13 archetypal urban landscapes in a wealth of unusual maps, charts, photographs, infographics and case studies. There is the “Foundational City” (Athens and Rome), the “Global City” (London and New York), the “Megacity” (Mumbai), the “Industrial City” (Manchester), the “Transitional City” (Miami), the “Celebrity City” (Los Angeles), and many others. While each story is fascinating in its own right, fueled by the contributions of urban planners, architects, geographers and sociologists, the book’s most interesting contribution is in how it draws out the interactivity of the cities of the world.

Bill Rauhauser: 20th Century Photography in Detroit by Bill Rauhauser and Mary Desjarlais
This is an extraordinary street-eye view of Detroit’s transforming landscape over 60 years. Rauhauser was born in Detroit in 1918 and lived there nearly all his life, walking through its avenues, alleys and alcoves with his camera in hand since the 1940s. 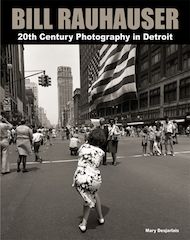 He’s at his best in capturing people in motion: two ladies dancing at the Michigan State Fair in the 1960s; his saddle-shoed wife balancing on a fallen tree trunk in Rouge Park; Wayne State college students leaping into a campus pond. His work underscores how cities are dynamic, not simply defined by their landscape but also by the people who live in them. This monograph juxtaposes Rauhauser’s photography with an essay by writer Mary Desjarlais, which tells the story of his evolution into an artist who was never “done” with his primary subject.