4 Myths Americans Need to Know About Water – Next City 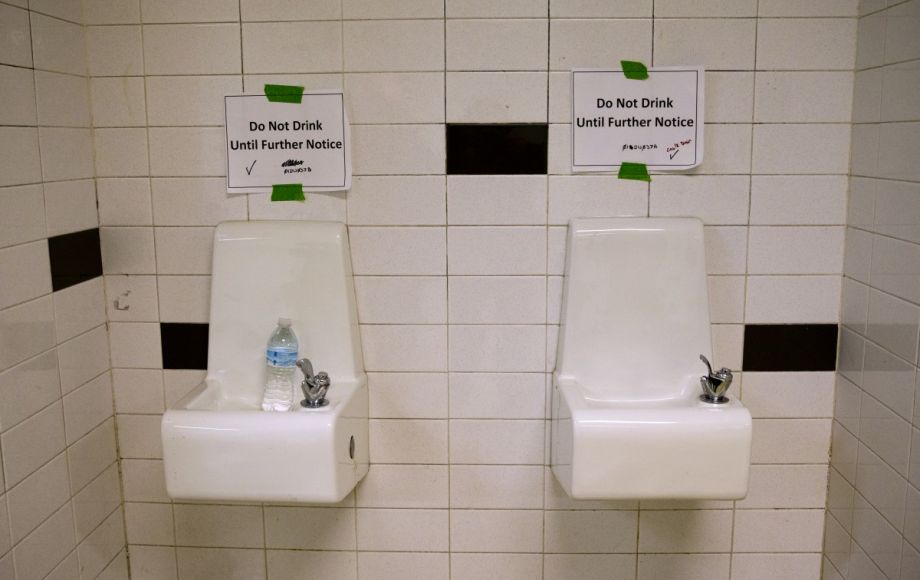 Attaining universal access to safe and affordable drinking water for all by 2030 is one of the United Nations’ Sustainable Development Goals. Yet, rather abhorrently, even with the major advances in development and technology our modern world enjoys, 1.4 million children each year suffer a water-related death in the form of diarrheal diseases, cholera, typhoid, trachoma, skin lesions and cancer.

Where does this leave America, when the new U.S. president is a climate change denier who supports further privatization of water and oil pipeline expansion, and refuses to separate his corporate interests from his role as commander-in-chief?

This problem didn’t begin with Trump. Alarmingly, many people don’t even realize that we have a serious water problem in the United States — be it contamination, flood, drought or water rights.

I argue that Americans’ limited ability to “see” the water problem is due to four prevailing water myths, all of which support and perpetuate the colonization of water. These myths are the Myth of Other, the Myth of Helping Technology, the Myth of Privatization and the Myth of Water Rights.

The Myth of Other: The “Other” Is You
Americans often think water problems only happen to “other” people in “other” places. Yet examples of water insecurity in the U.S. abound. And while the most notable recently have been the Flint water crisis and the resistance to the Dakota Access Pipeline of the North American Sioux tribe, these are but two examples of hundreds, spanning decades.

In April 2014, a group of ranchers, farmers and indigenous leaders hosted an encampment on the National Mall to protest the Keystone XL pipeline. (AP Photo/Manuel Balce Ceneta)

Despite ample evidence of domestic water problems in the U.S., leading experts rarely recognize these conflicts as water security issues. Instead, water security is described in largely futuristic terms focused on international conflict. Leading mapping tools of water conflict do not even note domestic conflicts between First Nation peoples and the state, or instances of deathly contamination of public water sources as “conflict.”

If we recognize that water problems do, in fact, happen “here” and not just “there,” we must face the reality that we are already in an era of water conflict. It is happening “now,” not “later.”

The Myth of Helping Technology: Root Causes vs. Shiny Objects
When I tell people that I study water security in marginalized communities impacted by climate change, inevitably, they (kindly) send me an article praising the newest water filter, the latest cure-all gadget that is surely the answer, to be delivered to “other” people by sun-kissed, smiling youth volunteers. This is the Myth of Helping Technology: the idea that the water problem can be solved with a gadget.

The thought of solving a problem without dirtying our hands too much, of the solution simply being a thing, makes it easier to think about. However, despite the allure, gadgets and filters only treat symptoms. They do not address the root cause of the water problem.

The Myth of Helping Technology is dangerous because it prevents us from looking beyond the symptoms to see how complicated the water problem actually is, and realizing that no amount of filters or fair trade bracelets or good intentions will cause a dent in this problem until we address it at the root: people and power. Anything less will only replicate the colonial structures which caused the problem in the first place. At its core, water is a social justice issue that will challenge us beyond portable filters, requiring equitable access strategies to a precious resource.

Michigan Governor Rick Snyder applied economic strategies that won him success in the private sector to the public sector in Flint. He appointed an emergency manager and a city manager to usher in a series of major changes for the city. These changes were not only designed to cut costs, but also to transfer power from local government to appointed managers to expedite decision making.

Proponents of austerity strategies are often recruited from the private sector, the assumption being that success in private business will equate to success in public policy. But for the residents of Flint, the Private Sector Myth has proven deadly. And make no mistake about it, we will see more applications of this mythical logic under a Trump administration, based on his plans to encourage the privatization of public water.

The Private Sector Myth is dangerous because it is false, yet has incredible momentum. The flaw in the logic is simple, but devastating. An economic strategy will function in a different way if applied within a different sector, because there are two totally different bottom lines in operation. Efficiency and profit are the key motivators in the private sector. Conversely, creating the greatest public good for the greatest number of people is the bottom line in the public sector. But when private sector drive for efficiency at any cost is applied within the public sector, public good takes a back seat. Power is concentrated among a few individuals. The voice of the people is silenced. Safety and human rights are sacrificed. Lives are lost in the name of efficiency and economic solvency.

To be sure, there are indeed models of effective public-private partnerships in municipal water management. But those successful examples are governed by a delicate balance between the public and private sectors, carefully vetted by experts over many years. When the need for speed trumps expertise, it is the public who pays. Literally.

Trump’s plan to privatize water couples forebodingly with recent findings by Elizabeth Mack, which state that water rates have increased 41 percent on average since 2010, with some major cities (Austin, Chicago, San Francisco and Tucson) experiencing an increase of 50 percent in just the last five years. Most alarmingly, Mack projects that water rates will quadruple within 20 years. And given Trump’s private sector approach to public service, this financial burden will most likely fall on the shoulders of the already marginalized working poor.

The Myth of Water Rights in the U.S.: We Don’t Actually Have Them
From a philosophical standpoint, many people would agree that all humans have the right to water. Yet, despite being a self-proclaimed global defender of human rights, the U.S. doesn’t recognize this right, and therefore acknowledges no legal responsibility to protect it.

Under the guise of prioritizing states’ rights, the U.S. refuses to align federal policy with the UN Resolution that identifies water as a human right. The absence of the protection of the human right to water leaves people vulnerable to corruption, violation of human rights and even death.

Why do we allow this? Our relationship with water has been decided for us by corporate interests and capitalistic approaches to human rights. We aren’t simply being sold water by Coca-Cola, PepsiCo and Nestle. We are being sold the idea that we should not have a human right to water. And we are buying it.

If the federal government continues to back away from protection of the human right to water, market incentives for privatization will continue to grow. And there are certainly powerful corporations that will fight to position water as an economic good in the U.S. As the influence of moneyed interests such as Monsanto and the Koch brothers expands, recognition of human rights will continue to contract.

A Call to Action: What Can We Do?
The work ahead will require both grassroots action and institutional change.

Americans must shift our thinking as individuals. We must rectify the Myth of Other. We must acknowledge that water conflict and security isn’t a problem for someone else, or another time.

We must overcome the Myth of Technology, and resolve to understand the water problem as it is — messy, complex and difficult. Real solutions must address the root of the water problem: people, policy and power.

We must defy the Private Sector Myth, and acknowledge the limits of capitalistic values within the public sector. We must reject policies and representatives that will perpetuate this deeply flawed logic. We must reject notions of water as an economic good.

The city of Seattle voted to end its financial relationship with Wells Fargo Wednesday because of the bank's financing of the Dakota Access Pipeline. (AP Photo/Lynne Sladky)

We must realize that it is our right as human beings to have water. We must demand federal protection of the human right to water, and legislative alignment in protection of that right. And we must believe that we all deserve it.

We must support existing legislation that will update aging infrastructure to keep public water safe, such as the Water Affordability, Transparency, Equity, and Reliability (WATER) Act.

We must utilize the period of Official Public Comment on DAPL, which is open until Feb. 20. A great deal hinges on the Environmental Impact Statement of DAPL. This will determine the immediate future for the Sioux, and set a precedent for future pipeline projects. Trump is attempting to bypass this process, and it must not be allowed. Demand two specific things in your comment.

1. Demand that the Environmental Impact Statement evaluate the Keep it in the Ground alternative, aka, “true no action alternative.” This means that the impact of constructing DAPL would be compared to not constructing it, an important shift in how pipelines are evaluated. Keeping fossil fuels in the ground is a real option. And we want it in writing.

2. Demand that the Environmental Impact Statement include the long-term emissions impact of the pipeline, and how this contributes to climate change. Climate change is real. And we want it in writing.

Submit your comment here. Read more about how this process works here.

You can also demand that your city pass a Socially Responsible Banking Ordinance. According to Food & Water Watch, Wells Fargo is one of the biggest lenders to the Dakota Access Pipeline project. A council committee in Seattle Wednesday voted to end the city’s financial relationship with the bank over DAPL. Contact the team at 350Seattle to find out how. Add your city to the list.