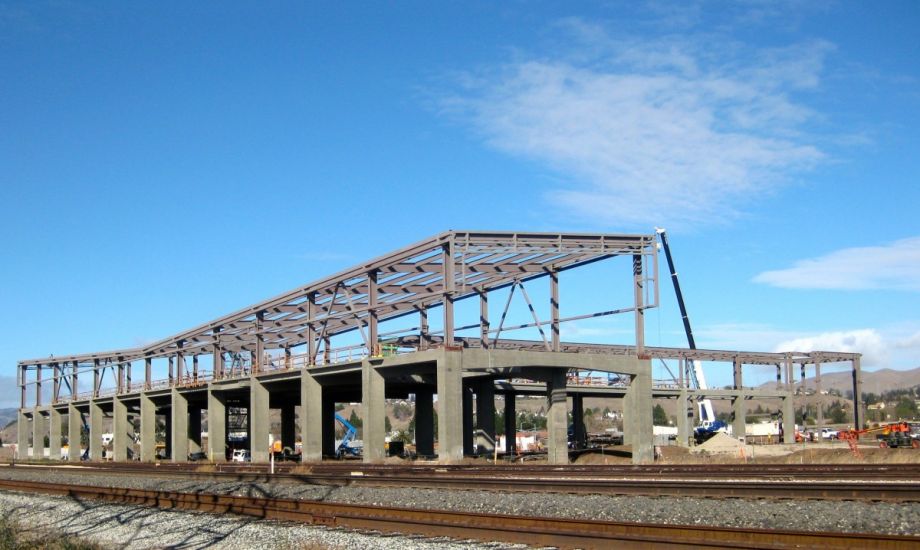 Bay Area Rapid Transit's Warm Springs station, shown under construction in July 2016, is set to open in 2017. (Photo by NapoliRoma)

Donald Trump’s impending presidency has given American urbanists some cause for concern. Though he’s made proclamations about his desire to “fix the country’s inner cities,” the president-elect has given little in the way of detail about how he’d do that, beyond providing federal disaster funding to “initiate the rebuilding of vital infrastructure, the demolition of abandoned properties and increased presence of law enforcement.” Trump’s HUD secretary​ nominee, Ben Carson, has no housing policy background, and the move has left people scratching their heads. Some urbanists are a little more hopeful about transportation secretary nominee Elaine Chao, but it’s unclear exactly what her DOT agenda might be.

Still, in the November 2016 election, transit fared well in cities and counties around the U.S. There were a record number of transit ballot measures, totaling a record-setting, more than $200 billion in funding.

Los Angeles County approved a whopping $120 billion package for transit, bicycling and pedestrian infrastructure and roads. The Seattle area, Columbus, Ohio, and Atlanta approved, respectively, $54 billion, $6.5 billion and $2.5 billion funding measures. Though those projects are at least five years from opening, the election shows that city-dwellers have a big appetite for better, faster, more comprehensive transit.

And luckily there are some long (sometimes really, really long) awaited new transit projects opening in 2017. Here’s a look at some of the important transit projects and trends to watch for in 2017.

New York City’s 2nd Avenue Subway
Nearly 100 years after it was first conceived and several decades of false starts later, phase one of New York’s 2nd Avenue Subway line finally opens to the public on Jan 1. The new line runs between 63rd and 96th streets under Manhattan’s Upper East Side. The final price tag for the first major MTA subway expansion in 50 years was around $4.5 billion.

Though transit advocates are excited about the benefits of the new line, they are also sounding the alarm about its comparatively high cost. The MTA estimates phase two — which will extend the line 1.6 miles and add three new stations — will cost $6.5 billion. It’s a hefty price tag when compared to Paris, which estimates its four-line, 68-station expansion will cost $25 billion.

BART Expansion in the Bay Area
The Bay Area Rapid Transit authority is slated to finally finish its extension of the Richmond-Fremont line, originally projected to open in 2014. The Warm Springs extension adds another 5.4 miles of track and a new station farther south from its current terminus in Fremont. Though construction is mostly complete, engineers are still working to fix problems with BART’s 44-year-old computer systems as it struggles to properly communicate with the brand-new train control system.

In addition, BART plans to roll out new, quieter trains in mid-2017.

Charlotte Extending Light Rail
Construction is full steam ahead for Charlotte, North Carolina’s light-rail extension. The $1.1 billion project will add 9.6 miles of track and 11 new stations, nearly doubling the size of the one-line light-rail system. When the extension opens in August, the Blue Line will run northeast from downtown to the University of North Carolina Charlotte campus.

Richmond’s Pulse BRT
Richmond, Virginia, is building its first bus rapid transit system. To start, the Pulse BRT system will have 10 buses and 14 stations on a 7.6-mile route through downtown.

Extending Eugene’s Emerald Express
Eugene, Oregon, currently has a two-line BRT system called the Emerald Express. Construction is underway for a third line in West Eugene. The $94.4 million BRT expansion is supposed to open this fall.

Other Transit Trends
Beyond capital construction projects, Transit Center’s Jon Orcutt says, there are a few trends they expect to see agencies adopting in the coming years. Many are working on modernizing fare collection to include smartphone app payment and an ability to use Android and Apple Pay at the turnstile or fare box. In that vein, expect to see more agencies officially endorsing third-party transit planning apps the way Boston’s MBTA recently did with Transit App.

Of course many of the country’s major transit plans could come screeching to a halt or at least be scaled back significantly if federal transit funding gets slashed by the next administration.

Orcutt thinks that for the time being at least, “it’ll be the Federal Highway Administration and Federal Transit Administration on autopilot and business as usual. But after that it’s a total black box — anyone’s guess.”