How the Next U.S. President Could Change Opportunity in Cities – Next City

How the Next U.S. President Could Change Opportunity in Cities 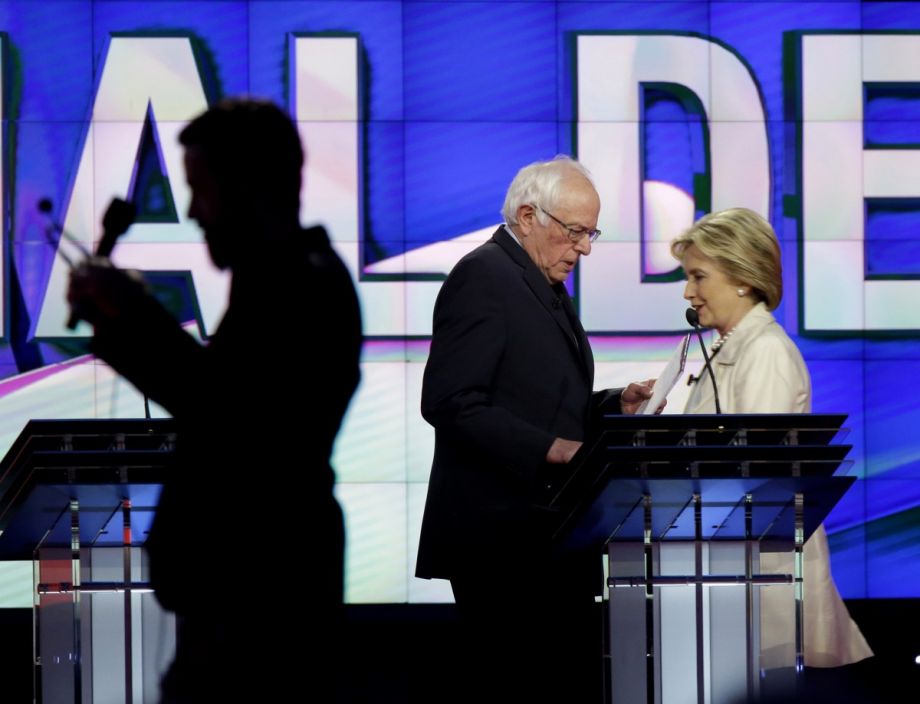 One of the most popular terms being thrown about in this year’s U.S. presidential campaign is “economic populism,” which is one of those vague expressions that can mean almost anything. Economic populism has been cited as the reason to raise the minimum wage (and help solve wage inequality), as well as the reason to not raise it (a higher minimum wage could lead to job loss).

Yet both Democrats and Republicans are zeroing in on this issue. That is odd in presidential election history, as the Democrats have usually cornered the market on raising wages and economic opportunity for the masses, while the Republicans — representing the Wall Street corporate and Main Street business establishment — have always tried to hold the wages down.

This cycle, both parties are seeing wage equity as a key issue because middle-class Americans are dealing with job loss in the transition from the industrial to information economy, and those left behind are more likely to not be beholden to either party. (Neither has done much for them lately.) Independents swing elections, and economic issues swing the independents to one candidate or another. It’s the old adage that people vote with their pocketbooks.

But the campaigning during the primaries has done little to articulate specific policies that are aimed toward improving the economic opportunities of this group, specifically in the big cities. Social issues get mixed with economic ones, and fearful rhetoric often dominates more meaningful discussions. More often than not, the campaign gets in the way.

Presumptive GOP nominee Donald Trump has consistently said foreign trade deals and immigrants are the main hindrance to American workers. Democrat Hillary Clinton has more often than not walked the fine line between describing Wall Street as the cause of — and solution to — economic equity issues. Democrat Bernie Sanders thinks free college education would help the working-class ills, and wants to pay for it by taxing Wall Street stock trades.

The reality is that none of those is either singularly important to the economic equity situation in this country, nor is big change within those parameters even possible.

However, there are several concrete and doable policy adaptations that can make a difference in new jobs and better wages for those who feel they are the forgotten part of the economy. And these must be concentrated in urban areas because big cities are the hotspots of America’s growth. A report released this month by the Economic Innovation Group (“The New Map of Economic Growth and Recovery”) articulates that the growth dynamic: “The knowledge- and technology-driven industries that power modern growth have very different — perhaps even more than already recognized — locational requirements from the industries that led past eras of growth … a global trend towards the clustering of knowledge-based economic activity (the modern economy’s growth sector) in large, connected cities.”

The near-term economic growth for less-educated workers is not in these tech-driven industries, but in the support and ancillary businesses that feed off them. A big part of that investment is to make cities better places for that growth.

The first place to invest is very clear. The infrastructure of older big cities is falling apart and the estimates of our “infrastructure gap” — roads, bridges, ports, mass transit, energy grids, etc. — range in the trillions of dollars. No one denies that the needs are there, and those needs are concentrated in the cities. And it is one issue that all three candidates agree upon, though their specifics vary. Sanders wants to spend $1 trillion on infrastructure work, Clinton $275 billion over five years. Trump, though not having put any dollar figure on how he would invest infrastructure, is also on board.

“We’ve spent $4 trillion trying to topple various people,” Trump said during a Republican debate last December. “If we could’ve spent that $4 trillion in the United States to fix our roads, our bridges and all of the other problems — our airports and all of the other problems we’ve had — we would’ve been a lot better off. I can tell you that right now.”

The reason the infrastructure improvement spending is very important is both that cities need the improvements to support the growth of high-tech industries, and that these jobs — from basic hard-hat to engineering positions — will average more than the U.S. median pay of $52,000 annually. The Clinton campaign estimates that 13,000 jobs will be created for every $1 billion spent on infrastructure. It will be a trickle-down economics model that actually works.

The reason this is so important in this presidential race is that there has to be an increase in federal spending to achieve any dent in the infrastructure mess. While cities and states have some financing tools to fund some projects, it is going to be the White House bully pulpit and deal-making with Congress that will move this along. It will be interesting to see which candidates make infrastructure improvement funding a high priority, and who’s just giving it lip service during the next five months.

The other federal policy change that might make a difference in the economic growth of the lower- and middle-class in urban areas may seem contradictory. Immigration reform is needed to settle an uncertain future for cities, where the foreign-born population is usually about 25 percent of the populace. Not knowing who is staying, who is leaving, and who is coming in makes economic investment and growth industries that depend on foreign participation less viable.

There have been many studies that show immigrants are entrepreneurial and create jobs and provide a measurable economic boost to cities that have more of them. But lost in that data are the intangibles brought by these outside groups: fixing up and regenerating older or blighted housing stock; adding a cultural vibrancy that adds to the appeal of cities; and contributing to the critical mass of higher intellectual discourse that have historically made big cities attractive places in the first place.

So not only does a plan have to be adopted that deals with the human rights issues, it has to include a more clearly defined plan of the number of skilled and unskilled workers coming in, how to deal with foreign-born college graduates who want to stay after graduation, and government services that help these immigrants feel welcome in American society more easily. And the benefit of all this will be more and better jobs for Americans born here, and mostly in the country’s larger urban areas.

In March, Sanders called the current “illegal immigration” debate “a trumped up and exaggerated problem” (pun most likely intended). Clinton has proposed starting an Office of Immigrant Affairs “to coordinate immigration policies across the federal government and with state and local government.” Trump, meanwhile, has stuck to his original message: “I will build a wall. It will be a great wall.”

All of which shows how odd the view of economic populism is playing out in this election. Because ultimately, the electorate will side with the candidate who might affect their wallet more than others. That’s a limited view of governance but that is how the game is played. Finding a new president capable of getting outside that prohibitive bubble by looking at the bigger picture is the challenge.