Trump and Clinton Debate Over Housing Is Critical to U.S. Cities – Next City

Trump and Clinton Debate Over Housing Is Critical to U.S. Cities 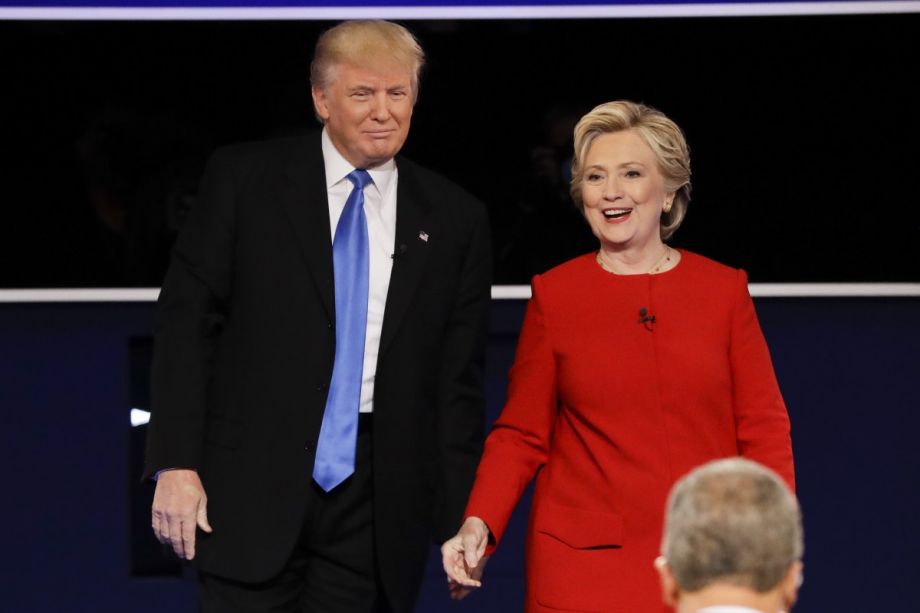 It is very difficult to get a read on how average voters perceive presidential candidates as they come into their living rooms like they did last night during the 2016 election’s first debate between Democratic nominee Hillary Clinton and Republican nominee Donald Trump. For the most part, debates are 2-minute bursts of sound bites, designed not so much to inform intellectually, but to give the public in a democracy some hint as to who the candidates really are. Sometimes how a candidate says something is more important than what they say in the debate format. And while voters have been known to make decisions based on everything from a candidate’s look and likability, to that more elusive “trust factor,” last night there were several exchanges that might resonate with Americans who spend their days thinking about and working on challenges facing U.S. cities.

In one, Clinton accused Trump of cheering for the housing market collapse 10 years ago.

“He said back in 2006, ‘Gee, I hope it does collapse because then I can go in and buy some and make some money,’” Clinton said. “Well it did collapse.”

When moderator Lester Holt raised the issue of why Trump hasn’t made his tax returns public — as every presidential candidate has done over the last 40 years — Clinton speculated that the reason he wasn’t doing so was because he probably hadn’t paid any income taxes in recent years.

Trump’s response: “That makes me smart.”

Neither comeback is likely to cause Trump’s core supporters to defect to Clinton, but the fact that a presidential candidate sees housing as little more than a commodity without any other economic or cultural implications is very telling in many ways. And the fact that he thinks evading taxes is the “smart” way to be a U.S. citizen defines him clearly as well.

The problem is in figuring out how such blatant disregard for the important role housing plays in the economy and how the wealthy using tax loopholes puts an unfair burden on the middle-class and the poor will play with voters. In fact, it could be argued that many Trump supporters think gaming the housing market for personal financial gain and not paying taxes is what one should aspire to. That’s why this race has been so hard to figure out.

“I don’t think we can put conventional metrics on Donald Trump,” says Andra Gillespie, a political science professor at Emory University in Atlanta. “He has said far worse in the past and gotten away with it. People tuned in to see a train wreck and even though he acted a little bit like he always does, it wasn’t the train wreck people thought it might be.”

Gillespie also sees the influence of expectations: “Clinton might not benefit as much as she liked, because people thought she had the advantage going in. I’m sure that in some circles he met the bar because the bar was low and he didn’t do anything so shocking.”

Those interested in how America’s big cities operate likely walked away unsatisfied. There was no mention of affordable housing policy, and the importance of infrastructure improvements were mentioned but not in much detail. (Trump noted that airports in Dubai and Qatar are much nicer than LaGuardia in New York, and he certainly isn’t alone in his complaints. Clinton connected infrastructure to jobs: “I want us to invest in your future. That means jobs in infrastructure, in advanced manufacturing … .”). Trump also claimed that less taxes and regulations would bring back $5 trillion in corporate monies from overseas and that economic boost, he said, “could be put to use on the inner cities and lots of other things, and it would be beautiful.”

But with segregation in cities at the heart of many headlines in recent years, the issue of race did come up, and once again, there was a clear distinction between the way the candidates saw the problem and the solution. Trump repeatedly focused on the murder rate in Chicago, comparing the city to a “war-torn country” and repeatedly saying the solution was “law and order.” He advocated for stop-and-frisk law enforcement, which has been found to be unconstitutional by a federal judge in New York because, as Holt pointed out, “it largely singled out black and Hispanic young men.” (When Trump touted the stop-and-frisk approach last week, NYC Mayor Bill de Blasio said, “He should really be careful because if we reinstituted stop-and-frisk all over this country, you’d see a lot more tension between police and communities … . [Trump] does not understand how policing works.”)

Clinton countered that stop-and-frisk was not only unconstitutional, but also ineffective. “We cannot just say law and order … . We have to come forward with a plan that is going to divert people from the criminal justice system, deal with mandatory minimum sentences, which have put too many people away for too long for doing too little,” she said.

How this exchange will play with voters in U.S. cities is difficult to determine. On the one hand, Trump’s view of implementing a program that has been found unconstitutional and racist disturbs many. “When he started talking about stop-and-frisk and law and order as a part of the solution to safety and the plight of people living in poverty in the inner cities, made me shake my head, but I wasn’t shocked,” says Valerie Johnson, political department chair at DePaul University in Chicago. “But Hillary didn’t drill down enough on the issue to score any real points with young African-Americans. The issue should be why there are murders in Chicago, about the marginalization of a whole subset of black males … . She is very good at throwing out terms like systemic racism and implicit bias, but she doesn’t add specifics and that gets to the root of the problem.”

Emory’s Gillespie agrees and wonders how the message from both candidates will be viewed among black voters. “I’m sure that some African-American voters thought that Clinton was being too deferential to police and not critical of them,” Gillespie said. “But then Trump kept doubling down on law and order, which is a code term in the black community for police racial bias.”

Though the early polls say that the public thought Clinton was a clear winner in the first debate, how that translates into votes is tough to measure.

“There is a certain portion of the population who think stop-and-frisk and arresting protestors is a good thing to stop violence, but others see that as racism at its core,” Johnson says. “But Hillary being so late with her making excessive police violence a big issue for her is seen by some as tokenism. Others might think she is the only choice in the long run. So I don’t think last night changed many minds, but in the long run, that is an advantage for Clinton, because Trump needs those people who might support Clinton to win. But it is still hard to figure out. Nothing in this election follows the usual rules.”