Moving Forward in the Trump Era – Next City

Moving Forward in the Trump Era 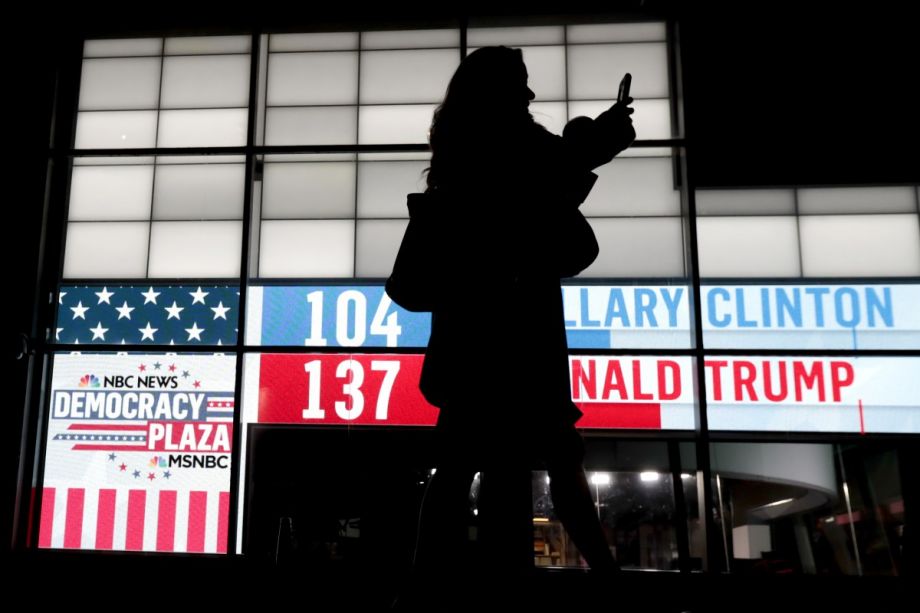 A white student organizer in Oakland texts to say that the undocumented young people she works with are texting her, afraid that Donald Trump will carry out his campaign promises of deportation. A Peruvian-American teacher from New York writes that she feels like her country hates her and her family — her disabled brother, her cousin’s fiancé who was shot dead by police, her aunt on Section 8, a program Trump has vowed to shrink. A black, Jewish lawyer in Philadelphia photographs a Trump swastika spray-painted on a storefront in his neighborhood. He uploads the photo on Facebook and wonders if Trump’s Department of Justice will roll back protections against hate crimes. An urban planner in Cambridge posts that it is time to listen better: “Double down on our values and love and get smarter and more organized.” Meanwhile, an underemployed steelworker living paycheck to paycheck wonders when and how Washington will help him get his career back.

The mood in cities across the country is somber. In places like our Philadelphia home, where there are large numbers of immigrants, Muslims, queer people and people of color, it can feel like the millions of Americans who voted for Donald Trump were voting against communities like ours. Some no doubt were. But many voted the way they did for a reason that should be familiar to anyone who has ever identified with a marginalized group. They voted for an outsider because the system — the inside game — isn’t working for them, and the elected officials they have turned to don’t have answers. Some felt that the media patronized them. Political gridlock became not only acceptable, but the norm. And, economic policies failed to reach those who lacked a college degree or were negatively affected by technological shifts. They voted for a different future, not even knowing (or caring about) what that would take. It is said that change happens when the fear of the unknown is less than the fear of the known. And, so, change happened.

This election was not the full-throated policy debate America deserved. It barely scratched the surface of the challenges and opportunities facing Americans across the country. We deserved better, and as media producers, we must admit that we are partially to blame.

But this is not the moment to retrench. Disengagement created the conditions for America to nominate two of the most distrusted candidates ever, and elect such a contentious figure. Instead, we must seize the momentum that led to Election Day and recognize the multiple visions for America’s future affirmed on Tuesday. Lost to the noise of the presidential election is news of the dozens of ballot initiatives that will build transit, raise minimum wages and encourage healthier habits in cities around the country. Even in states that went red, infrastructure and equity gains were made — expanded transit in Atlanta and Columbus, Ohio; a higher minimum wage for Arizona.

No matter who is in power in Washington, progress pushes forward in American cities. The ballot initiative in Atlanta, for instance, will be the largest transit expansion in the history of the system. It was made possible by years of groundwork by transit advocates — who celebrated on Tuesday night with a “Citizens for Better Transportation” party — strong leadership by Mayor Kasim Reed and buy-in from the surrounding suburban counties. On the ground in urban centers nationwide, people continue to gather in largely peaceful protest of racism, Islamophobia, anti-immigrant sentiment, misogyny and the other harmful, divisive forces that were emboldened this election cycle.

We at Next City remain committed to inspiring social, economic and environmental change in cities through our journalism and events. As critical unknowns hang over our cities and the people who live in them, we pledge to get answers and report the stories that help our nation continue on a path toward a more just, inclusive and sustainable future. We vow to remain optimistic about the power of enlightened people, organizations and officials. We will challenge leaders to do the work necessary to improve our cities and regions and we ask you to do the same.

Tom Dallessio is president, CEO and publisher of Next City. Ariella Cohen is Next City’s editor-in-chief.