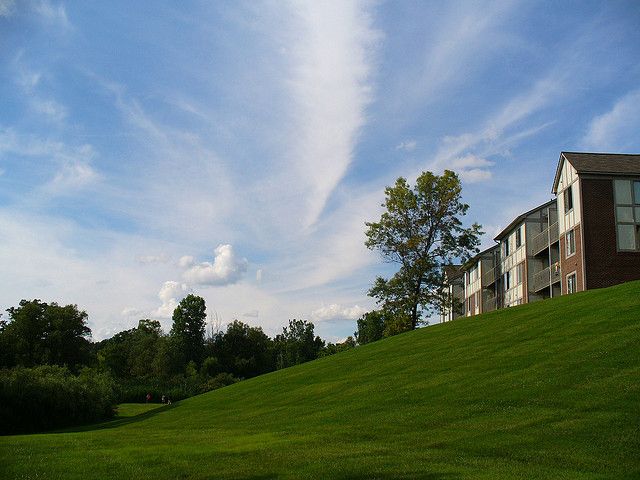 Looking back at 2010, most would agree it was a tumultuous year, politically, bookended and punctuated by tragedies both natural and man-made. You could probably say that about any year, though. Still, 2010 seems unique. Politically, it started with the passage of Obama’s historic health care reform bill, and ended with a landslide victory for Republicans and Tea Partiers who won seats in the House and the Senate running against what they have dubbed “Obamacare.” They have now symbolically repealed the bill in the House, knowing that it won’t pass the Senate, and even if it did, that it would be promptly vetoed.

While these stories dominated headlines and Twitter feeds, there were other, very real, non-soundbyte friendly changes happening in Washington in the executive branch, especially with regard to urban policy. Shaun Donovan’s HUD, which we covered in our most recent issue, is fundamentally changing the way the agency works with other federal agencies, and with its client cities. These sort of silo-busting techniques were one of few sources of humor for the president in his State of the Union address earlier this week, when he explained how two different agencies deal with salmon: the Interior when they’re in fresh water, and Commerce when in the ocean. “I hear it gets even more complicated when they’re smoked,” he said, to a surprisingly good response. In addition to changes like these, the Obama administration has rolled out spending programs for high-speed rail, school districts modeled after the Harlem Children’s Zone, sustainable local planning efforts, and much more. The administration accomplished all of this without the help of Congress. In some cases, like the Livable Communities Act, help from Congress would have made these changes more permanent, and better funded, but the administration has moved forward without any action from the legislature.

Despite its growing efficiencies, HUD finds itself in the crosshairs of deficit-hawk Tea Partiers — the other political success story of 2010, depending on where you stand. It is often high up on their, and traditional Republicans’, list of things to cut from the federal budget that do not involve war or Medicare. The irony here is layered, so let’s parse it out.

HUD, to most people, is associated with housing projects and slum clearance projects, but in fact it serves many functions, like promoting homeownership in the States, through the FHA. The Tea Party crowd, it has been pointed out, is a largely suburban, well-heeled group of people (read: homeowners), despite being portrayed as backwards rednecks by the media. Suburban homeownership, and the promotion thereof, has long been at the top of HUD’s list of priorities, especially while it was gutting the “slums” of our older urban centers. HUD is not just some clearinghouse for subsidizing the lives of the inner-city poor, as I suspect many would like to characterize it; its loan loan insurance programs made middle-class American life what it is today — homeownership rates more than doubled over the FHA’s first 70 years. Suburban homeownership as we know it today is dependent on a great deal of federal risk-taking — not to mention subsidy in the form of highway building, low gas taxes, etc.

The FHA also assessed risk in every American city back when it started, and inadvertently made it impossible to get a federally backed loan in non-white neighborhoods, because these were marked red, for highest-risk. This process is now known as redlining and is often cited as one of the primary causes of segregation in urban America, and as a motivating factor for “white flight.” It was simply easier to get a home loan in whiter areas, like newly-developed, white-only suburbs. It is worth pointing out here, that the FHA did this before the creation of HUD, and therefore before it became part of HUD. That said, however, the FHA is part of HUD now, and part of HUD’s institutional legacy. The point here is that HUD, an agency that many small-government types would do away with, actually made possible the suburban way of life that so many take for granted — or rather, don’t understand, or care to understand, the ways in which it is subsidized. For a Tea Partier to want to do away with HUD is not as unlikely as a public housing resident wishing for the same, but it approaches similar levels of absurdity. The difference is important here, though. Anyone living in public housing knows exactly what HUD does to help them (to a certain extent, let’s not get too excited over the quality of our public housing); anyone living in the suburbs is almost certainly blind to it.

One of the other important stories of 2010, from an urban policy standpoint, was the results of the Census, and the discovery that suburbia is starting to look a bit more typically “urban” — more diverse both socioeconomically and ethnically. It’s no longer the whitewashed rows of tiny boxes it used to be.

This, too, is worth examining in the context of the often racist, nativist tone of Tea Party rhetoric. Could this “browning” of the suburbs be, in part, the reason that our suburban right-wing party has this nativist tone, with an unhealthy dose of nostalgia for the good old days? Could this sentiment be demographically-motivated? There is no way to prove this one way or another, obviously, but is certainly worth noting that a mostly suburban, white, nativist, reactionary party arose at the end of the decade when the suburbs ceased to be primarily middle-class and white.

This concurrent hate of subsidies that benefit poor, often not-white Americans, along with the apparent distaste for non-white Americans both seem like they could be geographically motivated; perhaps they are the last cries of the dying suburban way of life. As the tide of demography makes the Boomer lifestyle increasingly out-dated, it seems that the Tea Party provides some sort of outlet for those who aren’t dealing well with the changes.

None of this is really a “new” argument, but I think few have really examined what it means that the Tea Party is a suburban movement, from an urbanist’s perspective. 2010, if we agree that it is the year of the Tea Party’s ascendance, also marks the year that our political conversation became about the places we live, in part. That sounds stupid, because obviously, our politics is about our country — where we live. But I mean to say the places we have built for ourselves — our physical, man-made environment — have reentered the mainstream political arena, albeit in a roundabout way.

While Tea Party opposition to high-speed rail, clean energy spending, and the like — not to mention their distaste for the urban, effete types who champion these sorts of issues — is fervent and intimidating, its reactionary element bears within it a silver lining: it is reactionary precisely because things are changing, and they have been changing. And the Obama administration, while frustratingly timid when it comes to legislative issues, is making changes to the way the federal government interacts with the places we build. But beyond that, we are collectively changing the way we live — voting with our feet, as they say. The Tea Party represents an older way of life, and not coincidentally, an older demographic. They don’t represent the resurgence of anything; they are the death knell of a way of life, one has to hope.