11 of the Strangest Public Libraries in the World – Next City

11 of the Strangest Public Libraries in the World 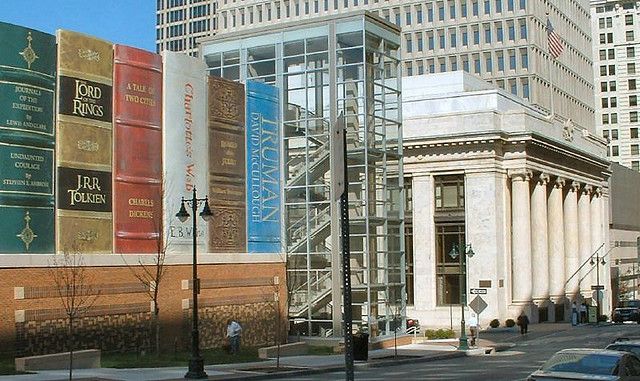 The library has been with us for thousands of years, and its staying power as a cherished cultural institution has proven remarkable. People in the U.S., according to the Pew Research Center’s Internet & American Life Project, share an extraordinary level of support for their own public library — and are in near-unanimous agreement that its very existence improves the quality of life in their community.

This is a look at some of the oddest public libraries in the world. The collection is drawn largely from libraries people have chosen to celebrate on Pinterest, and as such leans toward North America and the U.S. in particular. Please do suggest additions in the comments. 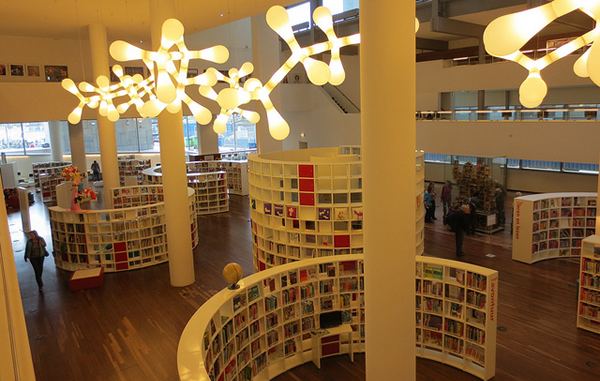 Built on the human-made island of Oosterdokseiland, this library was conceived by Jo Coenen, former state architect of the Netherlands, who according to city’s tourism site, designed it to provide “the feel of a modern art museum.” Of its below-ground children’s floor, Coenen’s firm has written, “in order to create an air of intimacy in this open area, the curve in the rim around the void is repeated in the way the circular book cases are designed.” The workstations can be raised or lowered to fit kids of all sizes. 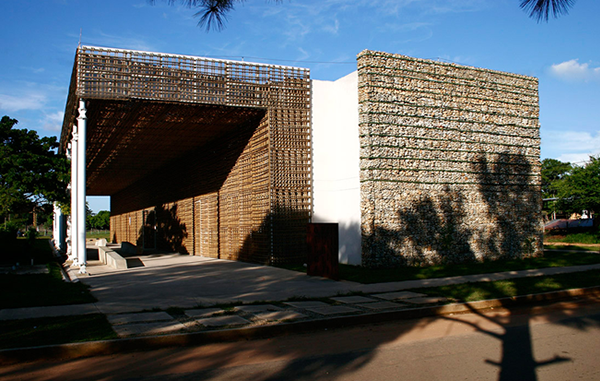 This library, in the northern Colombian department of Casanare, was the result of a Colombian Architect’s Society contest won by four builders all younger than 27. According to the architects, they designed the building with low-maintenance in mind, using stones taken from a local river and pine wood from an “ecologically controlled planted forest.” Stone and wood show through from all angles, with gaps “allowing the air to run through.” 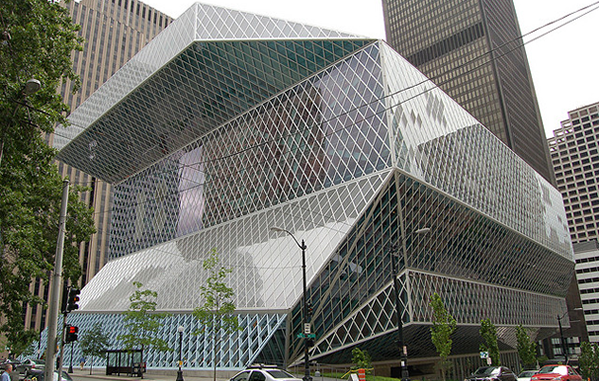 In the days after the building opened in 2004, architectural critics were of mixed thought on the success of principle architects Rem Koolhaas and Joshua Prince-Ramus of OMA/LMN, with many finding it striking and some finding it confusing. They’re joined by Prince-Rasmus himself: “The way-finding wasn’t done perfectly, to put it kindly… When you understand the building, it is very simple — just a series of boxes. But what we didn’t understand is, to the uninitiated person, someone not an architect or library staffer, it can be complex if they don’t understand that. What we thought is blatantly obvious, isn’t.” 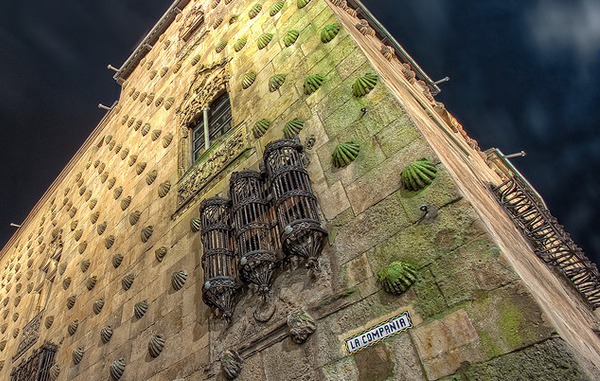 “The House of the Shells” in the historic Spanish city of Salamanca was built in the 15th century, its outside walls covered by more than 300 carvings of scallop shells. According to Encyclopædia Britannica, the shells are “the symbol of the military Order of Santiago of which its first owner, Talavera Maldonado, was chancellor.” The building is now a national monument and houses, among other things, the Salamanca Public Library. 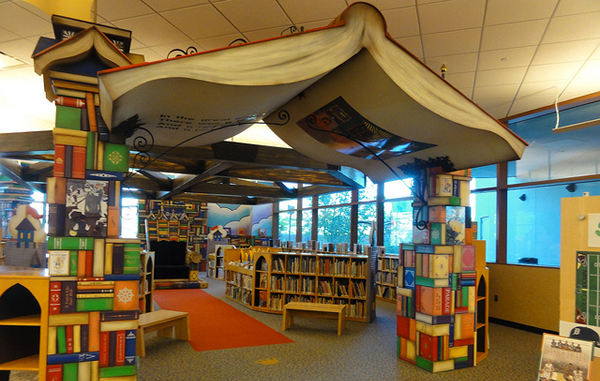 The children’s section of this library in a Detroit suburb features such whimsical details as a storybook entrance way, telephone sets that read stories on demand, and several Dr. Seuss-inspired statues like that of the “two-horned drouberhannis” and “andulovian grackler.” The director of the Southfield Library has said, “There is not another children’s area in the world that is dramatic as ours.” 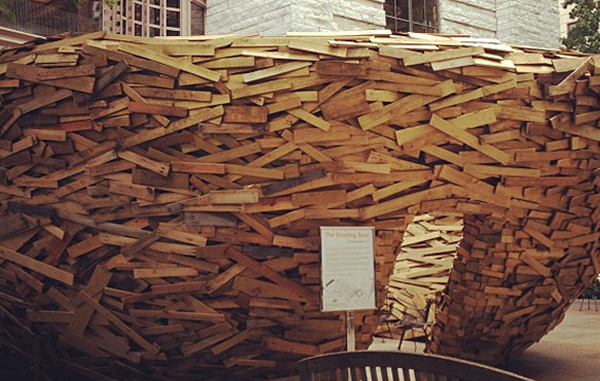 Reading Nests was a work of art displayed outside the library last summer, designed by Cleveland Institute of Art graduate Mark Reigelman. According to LAND Studio, the non-profit that organized the project, “Reading Nest was a visual intermediary between forest and fowl.  It symbolized growth, community, and knowledge while continuing to embody these mythical roots.” The nest was 12 feet tall and 30 feet across, and took inspiration from the nest of the mythical Griffin. As such, some of its wood pieces — sourced from local manufacturers — were painted gold. 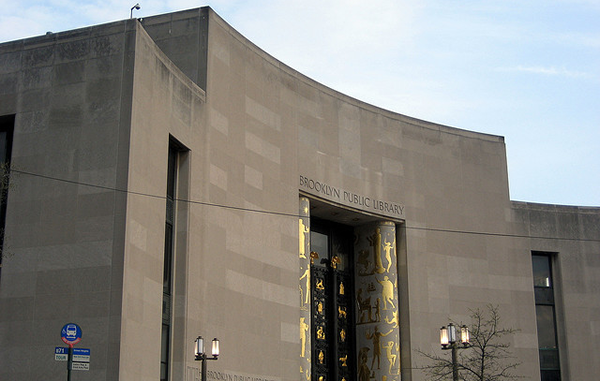 Designed in 1935, the gilded carvings on 55-foot plyons outside the library’s entrance are intended to depict, to the left of the door, science, and to the right, the arts. The screen atop the doors themselves was designed by sculptors Thomas Hudson Jones and Carl P. Jennewein, and features characters from American literature: The Scarlet Letter’s Hester Prynne, Meg from Little Women, White Fang and others. 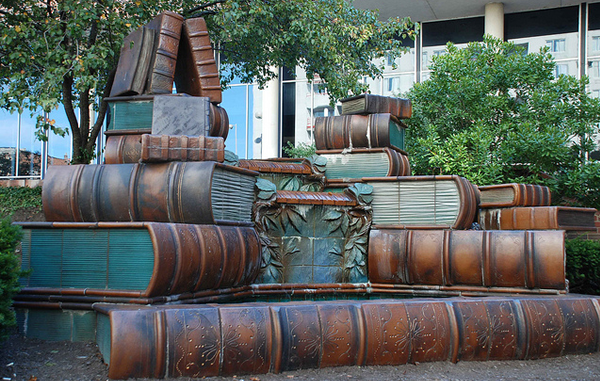 Named after a library donor, the Amelia Valerio Weinberg Memorial Fountain was created by local sculptor Michael Frasca and is, according to the library, “affectionately known as the ‘book fountain.’” The sculpture features “water cascading over a stack of ceramic tile books, representing the free flow of information and ideas through the printed word.” The books are made of fired clay over concrete. 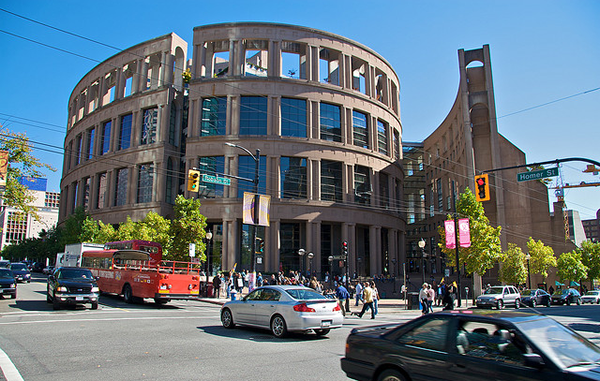 
After Vancouverites voted to support a new library in a 1990 public referendum, the design of the building was put to a public vote. To the surprise of many, the unusual design of architects Moshe Safdie, Richard Archambault and Barry Downs won the day. The building was completed in 1995, and notably looks different from nearly every angle. From above, it looks like a spiral shell. 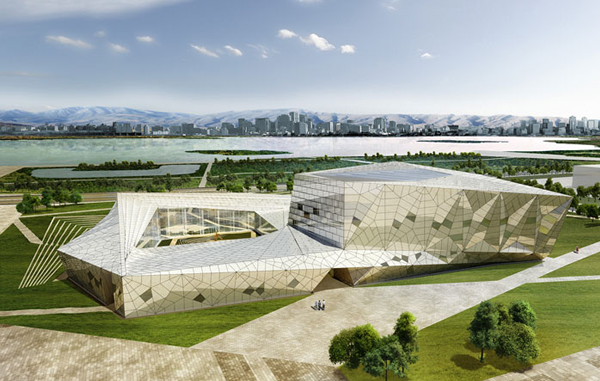 Under construction in northern Shanxi province, architects Preston Scott Cohen testify that “the form of the building was computationally parameterized which allowed its essential geometric properties to be retained whenever the precise shape was required to change.” And change it did, during the development-phase negotiations among stakeholders. One feature of the sprawling complex is a four-story, book-lined spiral ramp around the atrium, inspired by the circular design of Stockholm’s library by modernist architect Gunnar Asplund. 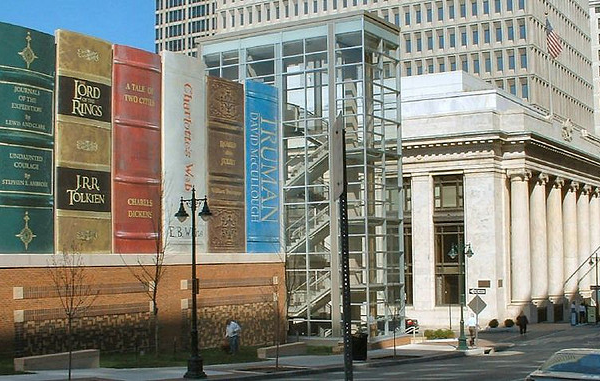 The so-called “Community Bookshelf” runs the length of the library’s parking garage. Built in 2004, the shelf holds books 25 feet tall and nine feet wide, all of which were suggested by locals and ultimately chosen by the library’s board of trustees. That process ended up with the presentation of a wide variety of books, including Joseph Heller’s Catch-22, Rachel Carson’s Silent Spring, Ralph Ellison’s Invisible Man, and — on a particularly daring note for a building that looks like it’s made of books — Fahrenheit 451.